The pandemic showed that change is possible. Now is the moment for a strong and radical Green Party, Amelia Womack argues.

by Amelia Womack
in Opinion 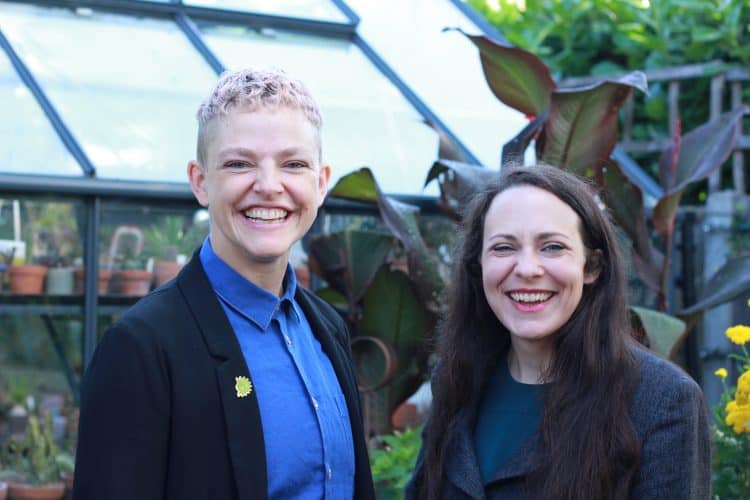 In the early days of the first lockdown, walking through Newport, I was reminded of a line from Philip Larkin’s iconic poem MCMXIV: ‘Never such innocence, never before, or since, as changed itself to past without a word.’

Larkin was writing about the outbreak of the First World War, an event which, overnight, ripped a hole in the fabric of Britain’s way of life and transformed this country – and the world – forever. In 2020, strolling past posters for festivals which would never happen and benches sitting unoccupied outside empty pubs, I was struck by the sense that ordinary objects felt like artefacts from a past life. It was clear then that the ‘old normal’ was dead.

The coronavirus pandemic has been an unspeakable tragedy. Hundreds of thousands of lives have been lost to a raging virus fuelled by government incompetence. Meanwhile, the pandemic shook something loose and gave us a glimpse of a different way of doing things. Flexible working arrangements, which many disabled people and carers have been demanding for years, suddenly became the norm in many industries. The ‘Everyone In’ scheme went a long way to housing rough sleepers in emergency accommodation, showing that when the political will is there, it is possible to get people off the streets. And at the peak of the furlough scheme, the government was paying 80 per cent of the wages of nearly nine million workers.

After years of being told that the ills of our time can’t be tackled head-on because we can’t afford it, or because our system simply doesn’t allow the scale of change necessary, we saw that on the contrary, when governments decide things need to change, they can – and fast. Just imagine what would be possible if this sense of urgency and necessity were applied to fighting climate chaos, fixing the housing crisis, or ending the epidemic of poverty that blights this country.

Unfortunately, we have seen the opposite – an entrenchment of some of the worst aspects of the pre-pandemic economy. The number of billionaires in the UK reached a new record during the pandemic while almost 700,000 people were driven into poverty. And in place of answers the government is giving us a vicious culture war, with ramped-up hostility towards migrants and refugees, a race report denying the existence of institutional racism, and an embarrassing show of support for football fans booing players for taking the knee. Meanwhile, the Labour party is blindly following the Tories on their march rightwards – too busy pandering to imagined ‘red wall’ voters, concerned only about patriotism and the flag, to push for real change.

But as desperately as those in charge might want to cling to the way things are, there is no going back from what we as a country have discovered during the pandemic. The crisis laid bare the horrific inequalities scarring our nation, with Black people almost twice as likely to die from covid as White people, and people with learning disabilities eight times more likely to die compared to the general population. Some people working in secure, office-based roles were able to work from home, while many in insecure and low-paid work have been unable to afford to take the same precautions, with no safety net and the UK’s statutory sick pay among the lowest in Europe. And while those staying at home – some with gardens and spare rooms, some in cramped shared accommodation – ordered from gig economy apps like Deliveroo and Uber Eats in increasing numbers, precariously employed drivers making the deliveries were forced to choose between exposing themselves and their loved ones to COVID or risking destitution.

‘A moment for real change’

The huge structural failings exposed by the pandemic require serious, radical solutions. Take inequality: with many people sitting on huge caches of wealth often in the form of property, tinkering around the edges with changes to income tax simply won’t cut it. But research last year suggested that a wealth tax – levying one per cent on all individual wealth over £500,000 for just five years – could raise a staggering £260 billion. And while Labour’s proposed solution to the cruel, punitive mess that is the UK’s benefits system is to change its name, what we need is a safety net that not only keeps people out of poverty but gives everyone the chance to thrive. A Universal Basic Income, according to researchers, could eradicate absolute poverty in the UK at a cost of £67 billion per year – a little more than the cost of the furlough scheme.

‘Never such innocence again,’ Larkin wrote. COVID has held a mirror up to society, and we know that we cannot go back to the way things were before the pandemic. The appalling levels of inequality that exist in this country, the extent of grinding poverty, and the impact on the planet of our economic system are simply intolerable. Just six per cent of the UK population want to see a return to the pre-pandemic economy, with many desperate to see a fairer, greener system. Tamsin Omond and I are standing for the leadership of the Green Party to lead a movement making these demands: a four-day week, a wealth tax, a Universal Basic Income. Rewilding our countrysides and returning the railways to public ownership. Funding our public services and respecting those who work in them. This is a moment to demand real change – join us and together we can make it happen.

Read our interview with Amelia and Tamsin here: ‘Progress is inevitable’: The history-making duo vying to lead the Greens