“We think the real crisis is our lack of humanity for people fleeing war, climate change and torture,” the ice cream company said. “People wouldn’t make dangerous journeys if they had any other choice. 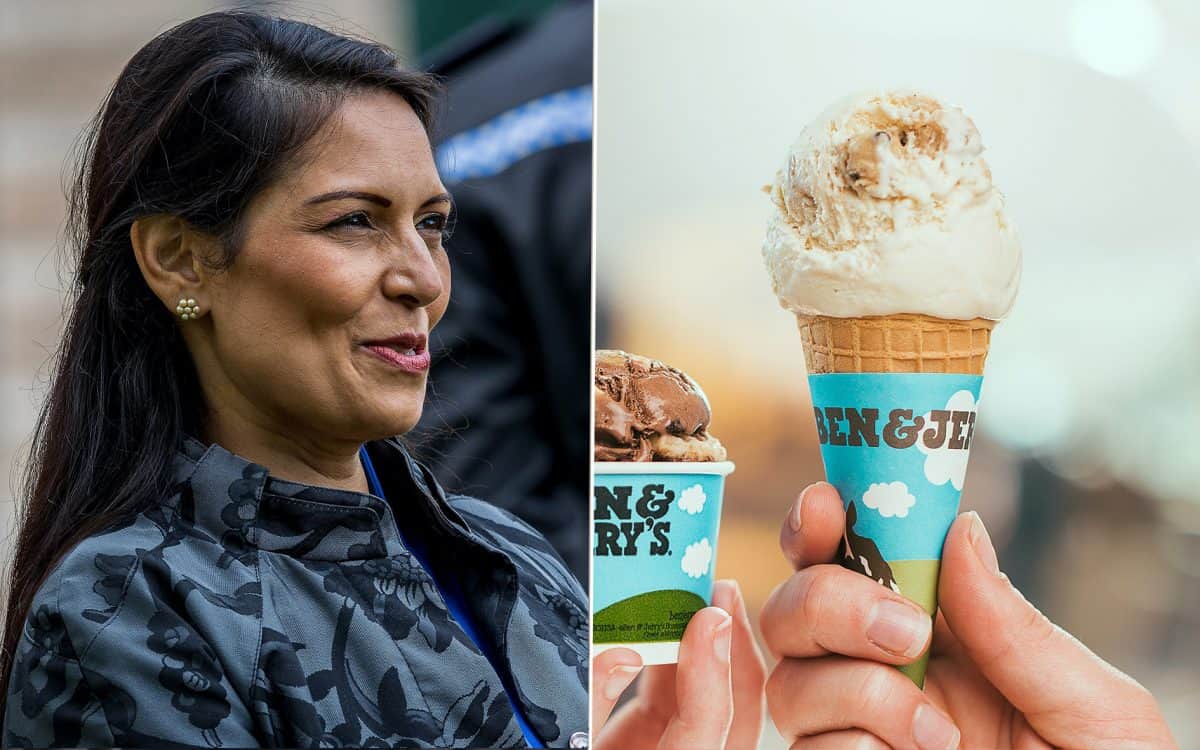 Allies of Home Secretary Priti Patel have lashed out at Ben and Jerry’s ice cream, labelling it “overpriced junk food” after the company criticised her attitude towards cross-Channel migrant crossings.

In a series of tweets last night, the ice cream company urged Patel to show more compassion, adding that “people cannot be illegal”.

“We think the real crisis is our lack of humanity for people fleeing war, climate change and torture,” the firm said. “People wouldn’t make dangerous journeys if they had any other choice.

“The UK hasn’t resettled any refugees since March, but wars and violence continue. What we need is more safe and legal routes.”

A source close to Patel responded by telling the BBC: “Priti is working day and night to bring an end to these small boat crossings, which are facilitated by international criminal gangs and are rightly of serious concern to the British people.

“If that means upsetting the social media team for a brand of overpriced junk food, then so be it.”

Ben and Jerry’s – founded by best friends Ben Cohen and Jerry Greenfield in 1978 – was purchased by the multinational company Unilever in 2000 for around £246 million.

It recently announced that it would halt paid advertising on Twitter, Facebook and Instagram until the end of the year – accusing the social media behemoth of not doing enough to remove hateful content and misinformation.

Patel’s fiery intervention comes after new polling showed that nearly half of Brits have little or no sympathy for migrants attempting to cross the Channel – with 47 per cent of Conservative voters and 75 per cent of Leavers believing the UK had no responsibility to help protect those arriving.