“The Remainers would have it that everything is going wrong but actually we are already seeing a lot of bonuses to Brexit," Peter Bone said. 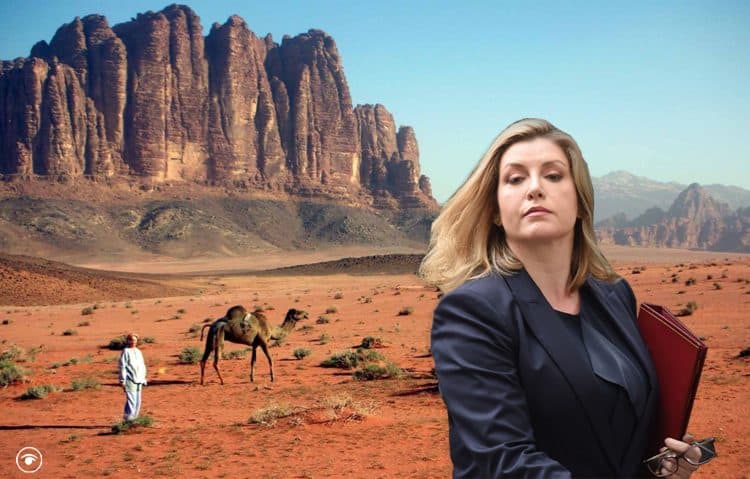 Penny Mordaunt has hailed Britain’s “surging trade” after a key deal was struck…. with Jordan.

The International Trade Minister co-chaired the first UK-Jordan Agreement Council on Tuesday – and afterwards pointed to the increase in trade since Britain “left the clutches of the EU”, the Express reported, claims which are hard to substantiate.

Veteran Brexiteer and Conservative MP Peter Bone said Boris Johnson’s government needs to be doing “more to highlight” the good things that are happening because of Brexit following the announcement.

“The Remainers would have it that everything is going wrong but actually we are already seeing a lot of bonuses to Brexit.”

Trade with Europe, on the other hand, appears to be in dire straits, with the number of buyer-seller relationships between UK and EU companies showing a “remarkable” decline.

According to findings from the LSE Centre for Economic Performance reported in the FT there has been a steep drop in the number of trading relationships Britain has with the bloc as a result of red tape at the border.

The research found that smaller firms have been particularly impacted as they are the ones who are unlikely to have the money, time or logistical capacity to navigate new frameworks.

Since the new trade agreement came into force, the number of buyer-seller relationships between the UK and the EU fell by nearly one-third, with the vast majority of those being shed in the first quarter, researchers say.