He said urgent action is needed to repair trust in Northern Ireland’s post-Brexit trade arrangements after officials were threatened. 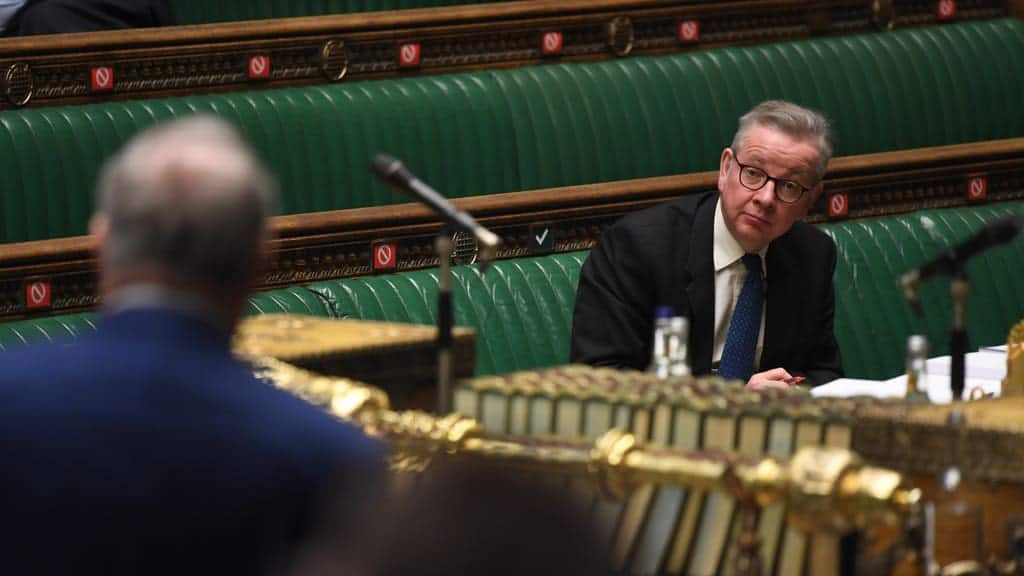 Michael Gove had a penny-drop moment today after he described border issues as “significant” and denied that they were “teething problems”.

The Chancellor of the Duchy of Lancaster addressed parliament to discuss the difficulties that have arisen from the Northern Ireland Protocol.

Calling for an extension of the grace periods currently relaxing some rules he said:

“In the short term there are a number of issues which I would not describe as teething problems – they are significant issues which bear on the lives of people in Northern Ireland, which do need to be resolved.

A penny-drop moment, as Gove admits “there are a number of issues that I would not describe as a teething problems. They are significant issues which bear on the lives of people…”. He calls on GB-NI grace periods (doesn’t say which) to be extended to avoid shortages of goods.

Inspections at Larne and Belfast ports were suspended on Monday after sinister graffiti and reports of intelligence-gathering on inspectors.

Lorries arriving at new inspection facilities at Belfast Port on Tuesday morning were turned around and redirected by Border Force officials.

The European Commission said Brussels’ officials were also being temporarily withdrawn from duties at the ports.

There is no indication at this stage whether the threat is coming from an organised paramilitary source, rather than an individual or individuals.

Mr Gove told the Commons: “Trust has been eroded, damage has been done and urgent action is therefore needed.

“Peace, progress and strong community relations in Northern Ireland have been hard won and in recent days we’ve seen an increase in community tension, and, as was reported last night, port staff in Belfast and Larne have been kept away from work following concerns for their safety.”

“The EU needs to work with us at speed”

Mr Gove said they needed to protect Northern Ireland’s place in the UK’s internal market and its place as an integral part of the UK.

He added: “The EU needs to work with us at speed and with determination to resolve a series of outstanding issues with the protocol.”

He said he would work over the coming days to fix the difficulties on the ground and preserve the gains of the 1998 Good Friday/Belfast Agreement which largely ended violence.

“It is vital that everyone in Northern Ireland and indeed in the UK exercises calmness and moderation as well as resolution in seeking to resolve the problems.”

Wow: This Vote Leave ad from 2016 demonstrates exactly why voters are dismayed with Brexit