A London council said the leaflet were an effort to play on the fears of some residents about vaccines. 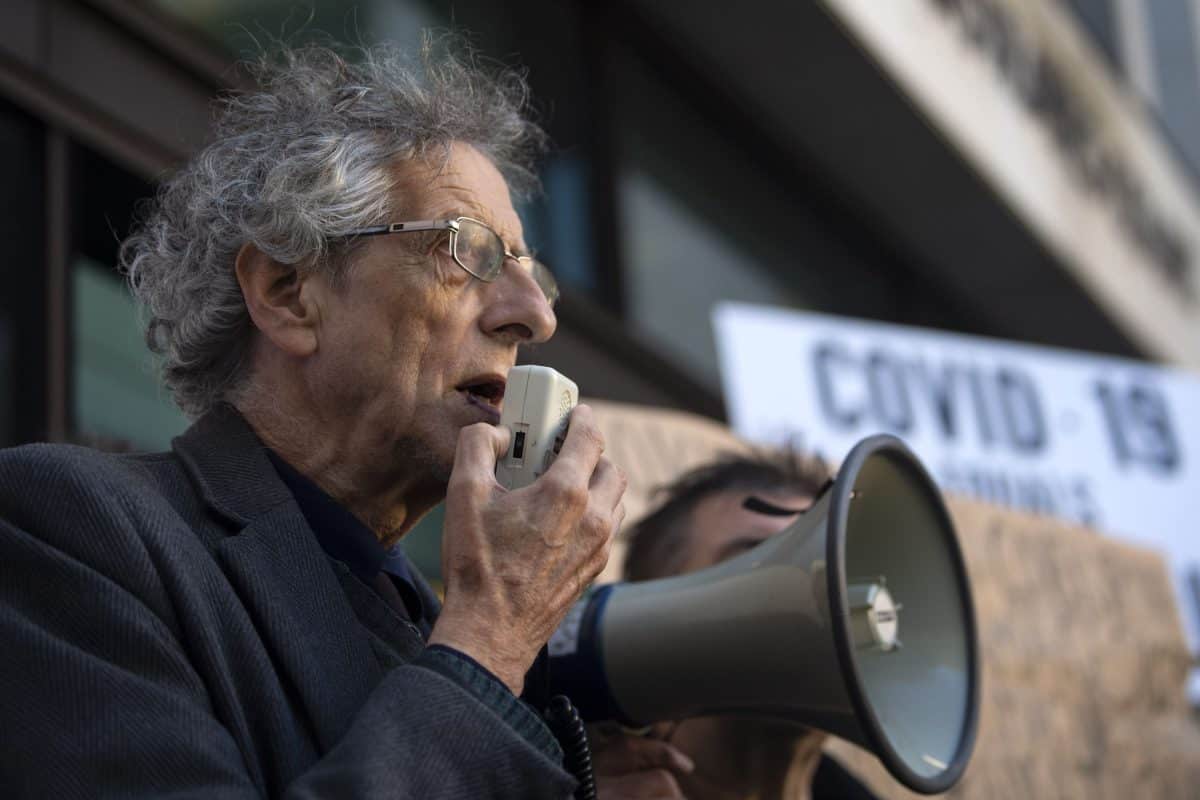 A London council said the leaflet were an effort to play on the fears of some residents – particularly from black and minority ethnic backgrounds, who are particularly at risk from Covid-19 – about vaccines.

They feature a sketch of the entrance to Auschwitz, in which the gates’ slogan – ‘Arbeit macht frei’ (‘Work sets you free’) – has been changed to read: “Vaccines are safe path to freedom”.

Inside are baseless claims and conspiracy theories, including the widely-circulated allegation that vaccines contain nanochip technology that enables electronic tracking. They bear the name of Corbyn and his website – where the websites are visible in digital form.

The leader of Southwark council said he had reported the matter to the police. “Shameful disinformation of this sort dampens our efforts to help save lives,” Councillor Kieron Williams said.

The Metropolitan police said they had been made aware of the distribution of the leaflets – adding that officers were investigating to determine whether any criminal offences have been committed.

Williams added: “It is deeply disturbing that a very small minority is playing upon the fears and concerns of some of our residents, particularly those most at risk from Covid-19 such as people from black and minority ethnic backgrounds.

“The vaccine is our best protection against Covid-19 and so false information and harmful conspiracy theories could cost yet more lives due to this deadly disease.”

Labour’s shadow culture secretary joined the condemnation of the incident – which highlights the difficulties facing authorities in tackling Covid-19 disinformation, particularly around vaccination.

“The growth in dangerous and, in some cases, far-right and antisemitic anti-vax material is deeply worrying with coordinated attempts to spread fear and distrust both online and offline,” Jo Stevens said.

“Ensuring people feel safe taking the vaccine is literally a matter of life and death and if just one person is dissuaded from being vaccinated because of this it is one person too many.”

Corbyn was found guilty of breaching emergency health regulations at an anti-lockdown protest in London’s Hyde Park in December. He became one of the first people to receive a £10,000 fixed penalty under new coronavirus restrictions prohibiting public gatherings of more than 30 people last summer.

According to the Evening Standard, Corbyn himself was involved in designing the leaflets. He told the newspaper: “A group of us came up with the idea. The Evening Standard was saying that vaccines will set us all free and it is not true.” Asked whether the leaflets broke the law, he added: “Of course not.”