Interim data from the phase three trial of the Covid-19 vaccine from Russia, Gam-COVID-Vac (Sputnik V), suggests a two-dose regimen of the vaccine offers 91.6 per cent efficacy. 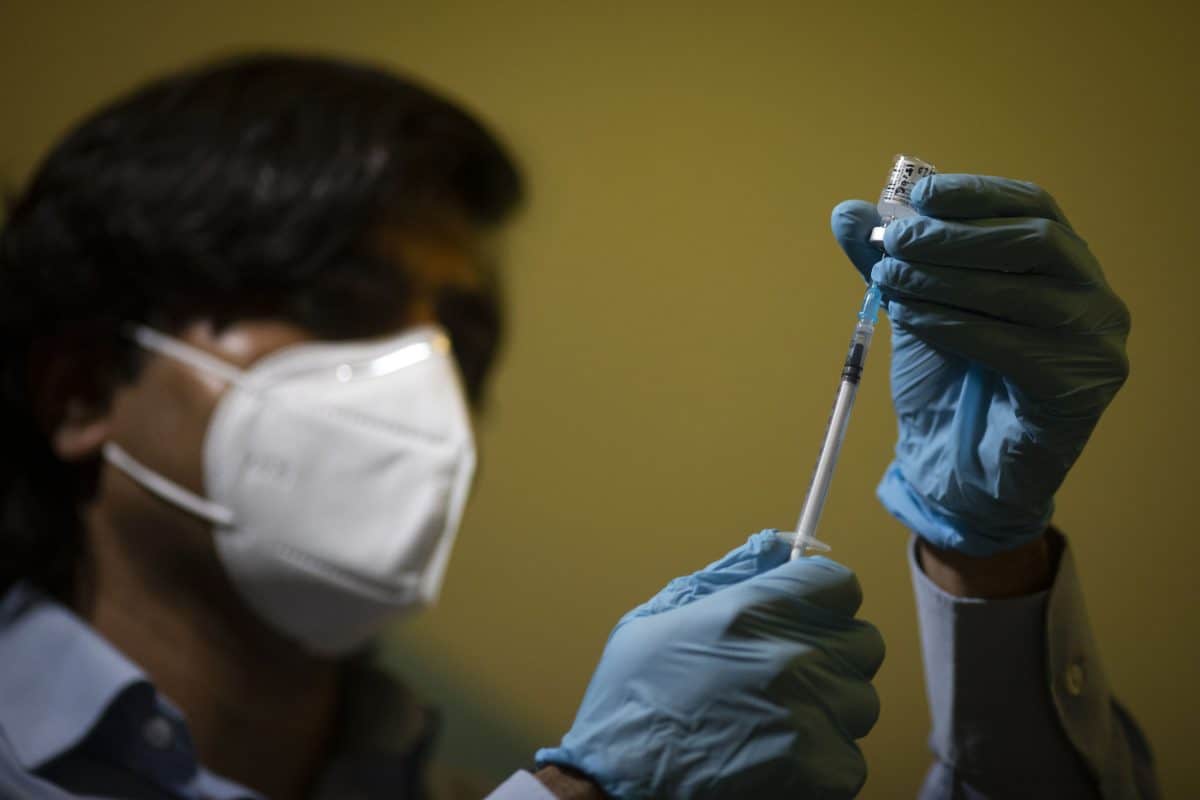 Interim data from the phase three trial of the Covid-19 vaccine from Russia, Gam-COVID-Vac (Sputnik V), suggests a two-dose regimen of the vaccine offers 91.6 per cent efficacy.

The preliminary findings, published in The Lancet, are based on analysis of data from nearly 20,000 participants, three quarters of whom received the vaccine and one quarter received a placebo.

The adenoviruses are also weakened so that they cannot replicate in human cells and cannot cause disease. In the trial, participants were given one dose of rAd26-S, followed by a booster dose of rAd5-S 21 days later.

According to the researchers, using a different adenovirus vector for the booster vaccination may help create a more powerful immune response, compared with using the same vector twice.

They suggest this is because it minimises the risk of the immune system developing resistance to the initial vector.

Dr Inna V Dolzhikova, co-lead author, from the Gamaleya National Research Centre for Epidemiology and Microbiology in Russia, said: “Our interim analysis of the randomised, controlled, phase 3 trial of Gam-COVID-Vac in Russia has shown high efficacy, immunogenicity, and a good tolerability profile in participants aged 18 years or older.”

In the vaccine group 14,964 participants, and 4,902 in the placebo group, received two doses of the vaccine or placebo and were included in the primary interim efficacy analysis reported on Tuesday.

From 21 days after receiving the first dose – the day of the second dose, 16 cases of symptomatic Covid-19 were confirmed in the vaccine group, and 62 cases in the placebo group – equivalent to an efficacy of 91.6 per cent.

Researchers say the vaccine induced a robust antibody response and T-cell response with data from 342 and 44 participants, respectively.

Six of the 342 participants did not mount an immune response following vaccination, possibly due to older age or individual characteristics, according to the study.

The authors note that because Covid-19 cases were detected only when participants self-reported symptoms, followed by a test, the efficacy analysis only includes symptomatic cases of the virus.

They say further research is needed to understand the efficacy of the vaccine on asymptomatic Covid-19, and transmission.

The median follow-up was 48 days from the first dose, so the study cannot assess the full duration of protection. Four deaths were recorded during the trial – three in the vaccine group, and one in the placebo group.

In the vaccine group, one death was associated with a fracture, and two had underlying conditions and developed symptoms of the virus four to five days after the first dose of the vaccine. Both participants were deemed to have already been infected before inclusion in the trial.

In the placebo group, the death was associated with a stroke. None of the deaths were deemed to be associated with vaccination. The trial included 2,144 participants more than 60 years old, and vaccine efficacy was 91.8 per cent in this group.

The vaccine was well tolerated and safety data from 1,369 of these older adults found that the most common adverse events were flu-like symptoms and local reaction.