"There is no one in the country who think the government’s border policy worked to prevent the Delta variant spread in the UK," Yvette Cooper said. 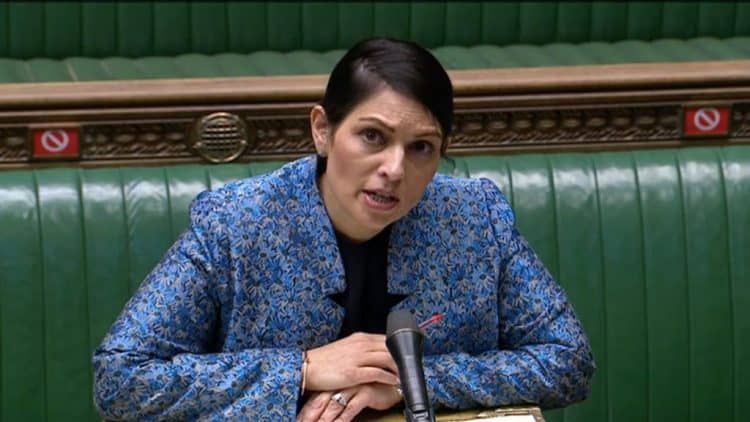 Priti Patel has been criticised by the home affairs committee chair after claiming the UK’s border controls had been effective against the Delta variant.

Opening the questions,Labour’s Yvette Cooper asked why border measures have failed to keep out new variants such as the one originating India, which has since become known as the ‘Johnson variant’.

The home secretary told Cooper that she does not accept that the border controls failed, despite the UK now having the highest daily rate of Covid-19 cases in the world.

The UK recorded 39,950 more coronavirus cases yesterday, officials announced, with the Delta variant thought to be the most common type of the virus spreading throughout the British Isles.

The latest single-day tally is the highest recorded on a Monday since January 11, when 46,169 infections were reported.

Cooper told Patel that she does not think there is anyone in the country who think the government’s border policy worked to prevent the Delta variant spread in the UK.

She says it is “quite troubling” that Patel is saying the policy worked.

Rejecting Patel’s answer she said the border systems “clearly did fail” because the Delta variant has now spread all over the country.

Patel was also asked why if on 16 April Parel was worried about new cases in India. Why did it take a full week from then to put India on the red list?

Again Patel rejected the accusations and said she does not accept that the government delayed putting India on the red list.

She said: “when it was put on the red list, the Delta variant had not yet been identified in the UK as a variant of concern.”

Yvette Cooper – "I don't think there's anybody in the country who thinks that your border policy worked to prevent the Delta variant spreading right across the country… so it's troubling that you're(Priti Patel) effectively saying that the policy did work…" pic.twitter.com/jehWdNSRrP