Sir Philip previously accused Ms Patel of a “vicious and orchestrated” briefing campaign against him. 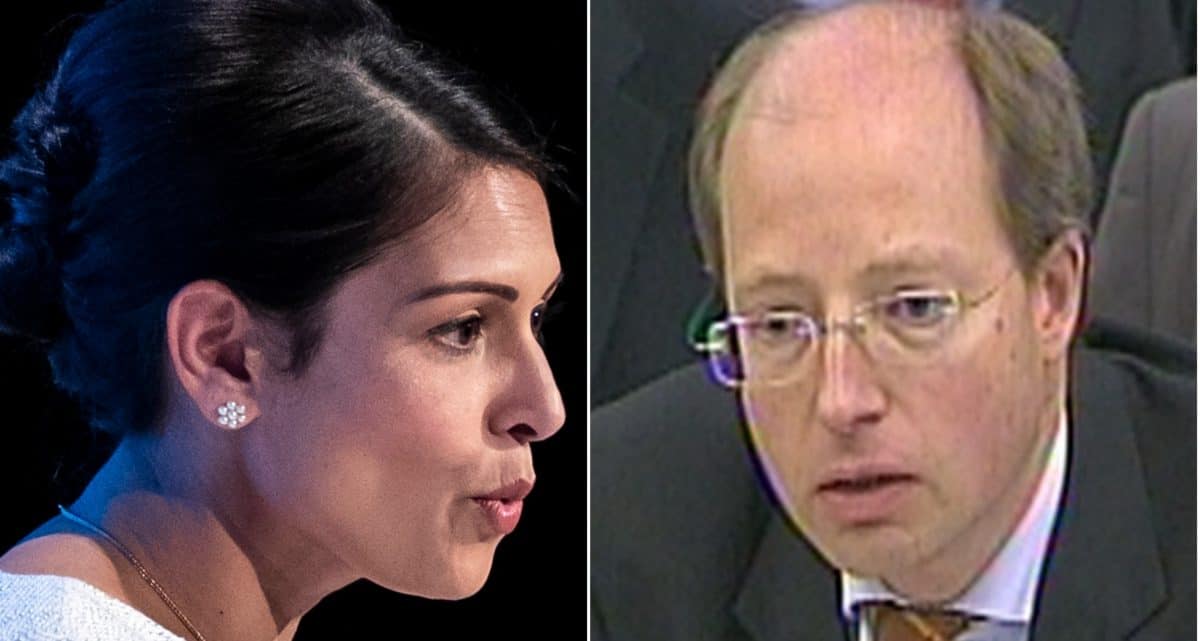 The department’s ex-permanent secretary began proceedings against the Home Secretary last year after quitting his post in February amid allegations of her bullying behaviour.

At the time of his departure Sir Philip said his experience “has been extreme but I consider there is evidence it was part of a wider pattern of behaviour.

“One of my duties as Permanent Secretary was to protect the health, safety and well-being of our 35,000 people.

“This created tension with the Home Secretary, and I have encouraged her to change her behaviours.

“I have received allegations that her conduct has included shouting and swearing, belittling people, making unreasonable and repeated demands – behaviour that created fear and that needed some bravery to call out.

“I know that resigning in this way will have serious implications for me personally – the Cabinet Office offered me a financial settlement that would have avoided this outcome.

“I am aware that there will continue to be briefing against me now I have made this decision, but I am hopeful that at least it may not now be directed towards my colleagues or the department.

“This has been a very difficult decision but I hope that my stand may help in maintaining the quality of Government in our country – which includes hundreds of thousands of civil servants, loyally dedicated to delivering this Government’s agenda.”

Ms Patel will now come under intense pressure to reveal the precise sum of taxpayers’ money handed over to Sir Philip Rutnam, which is understood to run into six figures, reports The Independent.

One source, Sebastian Payne, Tweeted: “Two Whitehall sources have confirmed Philip Rutnam’s payout from the government was £370,000 – including £30,000 of costs.”

In a statement via the FDA Union on Thursday, he said: “I am pleased to say that the Government has today settled the claims that I brought against them and which were due to be heard in an employment tribunal in September.

“I have received excellent support during this process and I would like to express warm thanks to the FDA and to my legal team, Slater and Gordon and Gavin Mansfield QC.

“I also want to record my appreciation and thanks to the many individuals, known and unknown to me, who have expressed their support throughout.

“This settlement resolves my own case. The FDA is continuing to pursue in separate proceedings the wider issues that have been raised.

“I now look forward to the next stages of my career.”

Sir Philip previously accused Ms Patel of a “vicious and orchestrated” briefing campaign against him, with his union representatives saying he was claiming “constructive dismissal”.

A 10-day tribunal trial was due to take place in September.

In an online statement, the Government said: “The Government and Sir Philip are now pleased that a settlement has been reached to these proceedings”, adding that it “regrets the circumstances surrounding Sir Philip’s resignation”.

In a separate statement, the Home Office said: “The Government and Sir Philip’s representatives have jointly concluded that it is in both parties’ best interests to reach a settlement at this stage rather than continuing to prepare for an employment tribunal,” adding: “The Government does not accept liability in this matter and it was right that the Government defended the case.”