“It’s the British Government essentially breaking the protocol, breaking their own commitments again, and the EU having to then consider how they respond to that.” 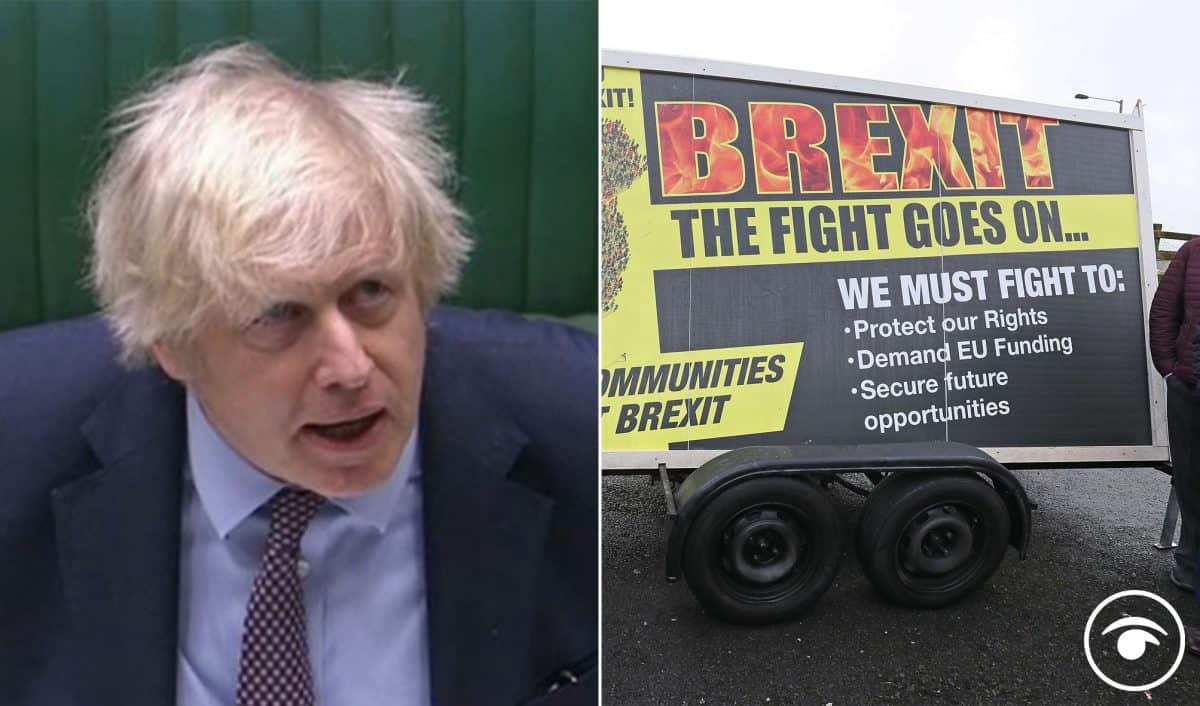 Ireland’s foreign affairs minister has said the EU is negotiating with a partner it “simply cannot trust” after the UK’s latest Brexit move.

Speaking on RTE Radio 1, Mr Coveney said the British Government is breaking the Northern Ireland Protocol and its own commitments.

“This is not the first time this has happened, that they are negotiating with a partner that they simply cannot trust,” he said.

“That is why the EU is now looking at legal options and legal actions which effectively means a much more formalised and rigid negotiation process as opposed to a process of partnership where you try to solve problems together, so this is really unwelcome.

“It’s the British Government essentially breaking the protocol, breaking their own commitments again, and the EU having to then consider how they respond to that.”

The first of the light-touch regulation schemes on goods from the rest of the UK transiting to Northern Ireland had been due to expire at the end of March.

Supermarkets would have had to produce export health certificates for all shipments of animal products since Northern Ireland is part of the EU’s single market.

Mr Coveney said the timing of the UK’s move could not be worse and that the British Government has “changed their approach”.

“They have decided to act unilaterally, which is clearly in breach of the protocol and the commitments that have been made only a few weeks ago,” he said.

Mr Coveney said he had had a “blunt” conversation with Lord Frost and Northern Ireland Secretary Brandon Lewis on Wednesday after learning of the UK Government’s actions and “strongly advised them not to do it”.

“Before Lord Frost had even spoken in detail to Maros Sefcovic in his new role, this was announced in a written statements by the British Government in Westminster,” he said.

“To say that is disrespectful would be an understatement.”

Mr Coveney said he does not favour the EU taking legal action over the matter but the UK has left the EU with no option.

“I favour engagement, and engagement on the basis of trust between both sides, but if the UK simply cannot be trusted, because they take unilateral action in an unexpected way without negotiation, well then, the British Government leaves the EU with no option,” he said.

“This is not where we want to be but it is where the British Government is driving us towards.”

The outlawed groups said they were temporarily withdrawing their backing of the Belfast/Good Friday accord amid mounting concerns about the contentious Northern Ireland Protocol governing Irish Sea trade post-Brexit.

However, they stressed that unionist opposition to the protocol should remain “peaceful and democratic”.

The 1998 agreement that loyalist paramilitaries endorsed 23 years ago ended decades of violence and established devolved powersharing at Stormont.

UK ministers are facing a backlash from unionists who fear the post-Brexit protocol threatens Northern Ireland’s place in the UK internal market.

The DUP and other unionist parties are pushing for the protocol to be ditched, claiming it has driven an economic wedge between the region and Great Britain which undermines the union.

A letter sent to Mr Johnson by an umbrella body representing the paramilitaries said their stance in respect of the Belfast Agreement would continue until the protocol was amended to ensure “unfettered access for goods, services, and citizens throughout the United Kingdom”.