The North Shropshire MP has stood down after the government U-turned on his suspension from the Commons. 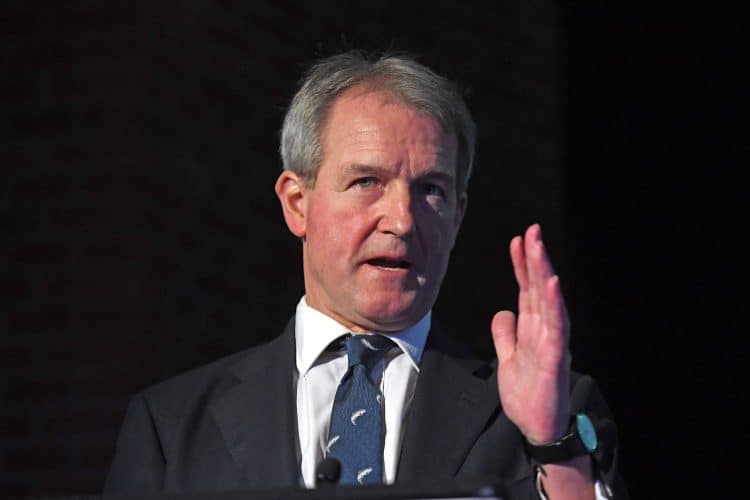 Owen Paterson has quit the House of Commons amid a furious lobbying scandal.

The North Shropshire MP has decided to stand down, saying: “I will remain a public servant but outside the cruel world of politics.”

In a statement announcing his decision, Paterson said: “I have today, after consultation with my family, and with much sadness, decided to resign as the MP for North Shropshire.

“The last two years have been an indescribable nightmare for my family and me. My integrity, which I hold very dear, has been repeatedly and publicly questioned.

“I maintain that I am totally innocent of what I have been accused of and I acted at all times in the interests of public health and safety.

“I, my family and those closest to me know the same. I am unable to clear my name under the current system.

“Far, far worse than having my honesty question was, of course, the suicide of my beloved and wonderful wife, Rose.

“She was everything to my children and me. We miss her every day and the world will always be grey, sad and ultimately meaningless without her.

“The last few days have been intolerable for us.

“Worst of all was seeing people, including MPs, publicly mock and deride Rose’s death and belittle our pain. My children have therefore asked me to leave politics altogether, for my sake as well as theirs.

“I agree with them. I do not want my wife’s memory and reputation to become a political football.

“Above all, I always put my family first. This is a painful decision but I believe the right one.

“I have loved being the MP for North Shropshire and have considered it a privilege to have been elected to serve my constituents for 24 years.

“I would like to thank my staff who have worked for me so loyally over many years. I also want to thank those who have stood by me so staunchly.

“I wish them all the best in that difficult but vital job of being a member of parliament.

“I will remain a public servant but outside the cruel world of politics.

“I intend to devote myself to public service in whatever ways I can, but especially in the world of suicide prevention.

“At this incredibly difficult time for my family, we ask that the media respects our privacy and lets us grieve my beloved Rose, the best person I ever met.”

It comes as Boris Johnson promised MPs a fresh vote on Paterson’s suspension for an alleged breach of lobbying rules “as soon as possible” after performing an extraordinary U-turn.

Facing widespread outrage, the Prime Minister backed down on plans to prevent the senior Conservative’s immediate suspension by launching a review of the entire disciplinary system.

Johnson was forced into a humiliating retreat after Labour and other opposition parties refused to take part in a “corrupt” Tory-led committee tasked with the review.

Government whips had been working to reschedule a vote on a six-week suspension for Paterson after he was found to have repeatedly lobbied ministers and officials for two companies paying him more than £100,000 per year.

Conservative MPs expressed anger over the affair after they were ordered to back the controversial move that triggered a new sleaze row just a day before the U-turn.

The climbdown came shortly after Lord Evans, the chairman of the Committee on Standards in Public Life, condemned the plans as being “deeply at odds with the best traditions of British democracy”.

He also said the “link needs to be broken” between reforms and the case of Paterson.