A host of EU scientists said delays to UK's Horizon membership is "endangering current and future plans for collaboration". 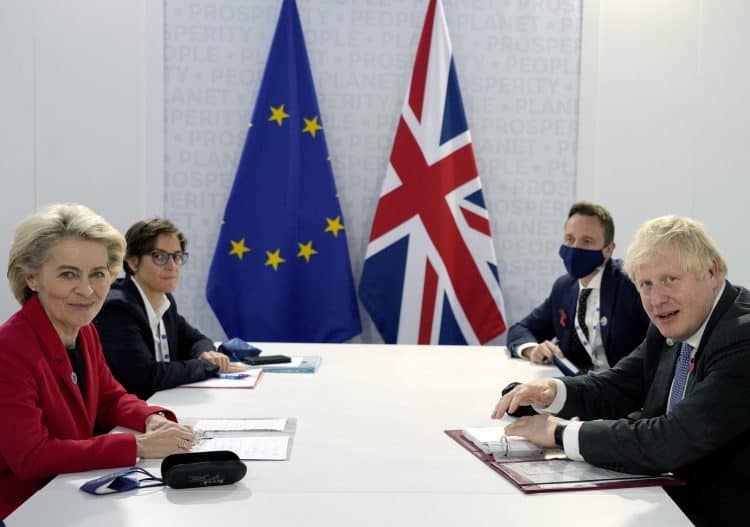 More than 1,000 universities and 50 scientific academies across Europe have urged the EU to “immediately” finalise the UK’s membership of its £80 billion research programme and end a 10-month delay to the ratification process.

Writing to the European Commission president, Ursula von der Leyen, they said the long delay is “endangering current and future plans for collaboration” – and any further setback will “result in a major weakening of our collective research strength”.

The letter comes amid fear that the Horizon Europe programme will become collateral damage as the UK and Brussels feud over fishing and the Northern Ireland Brexit protocol.

Britain had been set to contribute about £2 billion a year to stay in the programme, with funds returned in the shape of research projects to British universities and research institutes – covering topics as wide-ranging as climate change and vaccines.

But scientists have warned that complex proposals and teams, painstakingly assembled over years, are being jeopardised by political point scoring.

“Horizon Europe’s success will hinge on its commitment to excellence and global outlook. The only way to move forward from the Covid pandemic is as a global community working together to drive research and innovation through collaboration,” the letter – reported by The Guardian – says.

Before Brexit, the UK was one of the leading countries in the Horizon programme – responsible for almost 15 per cent of all funds awarded.

However rising tensions between the UK and Brussels risk unravelling that progress. Lord Frost will meet this week meet France’s Europe minister Clement Beaune in Paris in an attempt to end a bitter dispute over post-Brexit fishing rights.

France has threatened sanctions over what it perceives as a refusal to issue licences to its trawlers to operate in UK waters.

The UK government insisted the overwhelming majority of applications for licences have been granted.

French president Emmanuel Macron has delayed the imposition of punitive measures while talks between the UK, France and the European Commission take place.

But the French government has insisted the measures – which could include a ban on British trawlers landing their catches in French ports and tighter customs checks to hamper cross-Channel trade –  remain “on the table” if a deal cannot be reached.

Lord Frost will follow his talks with Beaune on Thursday by heading to Brussels on Friday to meet European Commission vice-president Maros Sefcovic.