"The Taliban now has more black hawk helicopters than 85 per cent of the countries in the world." 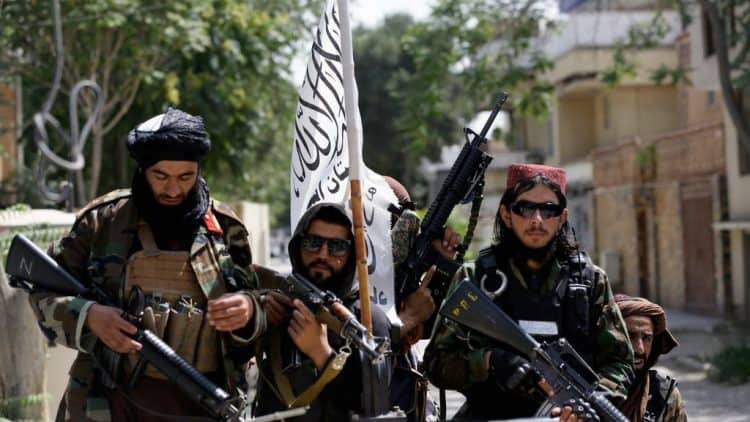 Plymouth MP Johnny Mercer has shared his dismay at news that the Taliban have seized $85 billion worth of US military equipment.

In a press conference this week, Republican Jim Banks, who served in Afghanistan, launched a stinging attack on president Joe Biden and his administration.

“My job there was as a foreign military sales officer so I was on the front lines of acquiring the equipment that the Americans turned over to the Afghan army and the Afghan police,” Banks says in the video.

“I’m going to read to you what is so painful for me and so many other Afghan veterans who served in that capacity, others who served as part of the train, advise and assist equip effort as part of helping the Afghans.

“We now know that, due to the negligence of this administration, the Taliban now has access to over $85billion worth of US military equipment.

“The Taliban now has more black hawk helicopters than 85 per cent of the countries in the world.

“But they don’t just have weapons, they also have night-vision goggles, body armour and medical supplies.

“And unbelievably, unfathomably to me and so many others, is that the Taliban now has biometric devices which have the finger prints, eye scans and the biographical information of the Afghans who helped us over the last 20 years.

“And here’s what we just learned again in the briefing that we just walked out of. This administration still has no plan to get this military equipment or these supplies back.”

This will stop you in your tracks. Unbelievable. We gave them the names of those we trained to fight them. And some we will leave behind to the violence we see at the airport.

An appalling day, verging from rage to tears. pic.twitter.com/KaZT8KAfbk

Mercer tweeted on Thursday: “This will stop you in your tracks. Unbelievable.

“We gave them the names of those we trained to fight them. And some we will leave behind to the violence we see at the airport. An appalling day, verging from rage to tears.”

Oh FFS – this is utterly tragic.

If it were not so deeply disturbing & terrifying for so many distraught, vulnerable people…

…then it would be outright comic that an advanced nation would so thoroughly arm their enemy to the teeth and paint targets on their own allies.

Jesus. This is such a horrible betrayal..my stomach is churning

This begs so many questions. This is so unnecessary, so unforced. It’s betrayal of so much and so many. https://t.co/8QZgEOFPm4