Amy ‘Win’ Hawkins, the oldest person in Wales, has voted for the party in every single election - apart from in 2017 when she was disenfranchised due to a clerical error 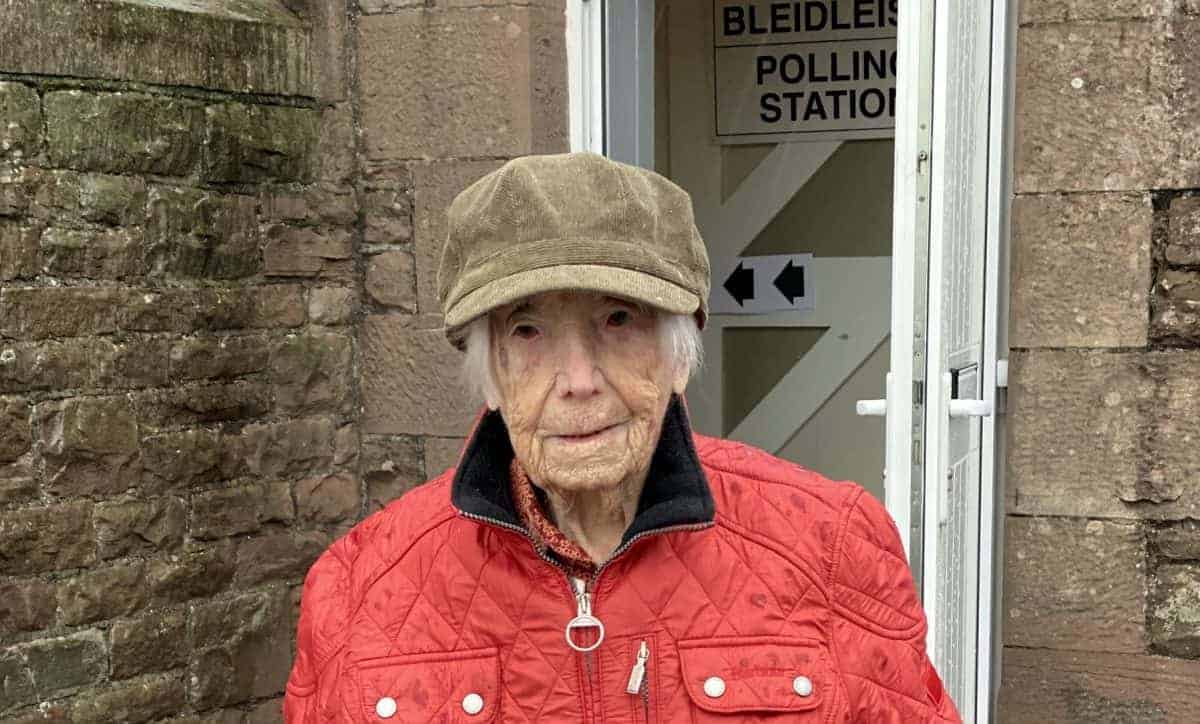 One of the UK’s oldest Labour voters cast her ballot today – at the age of 108.

Amy ‘Win’ Hawkins, the oldest person in Wales, has voted for the party in every single election – apart from in 2017 when she was disenfranchised due to a clerical error.

Great-grandmother Amy first voted in 1935 following the 1928 Equal Franchise Act, granting women the vote on the same terms as men.

She said: “I voted for Labour because they do more for you.

Speaking of her first ever vote, Amy added: “It was about time. My mother give me a Suffragette brooch for my 21st birthday and I’ve always voted, and always voted for the Labour Party.”

Born in Cardiff in 1911, Amy spent the majority of her life in Newport, Wales, before moving to Monmouth 10 years ago to live with her daughter, Rosemary Morris.

She was a professional dancer as a teenager and then worked as a window-dresser until her daughter was born in 1947, before she returned to work in her late 50s.