Voters have until 10pm on Thursday night to return to their polling stations. If you’ve had to queue, pity voters at a polling station in Bermondsey where a burst water main showered the area with water. 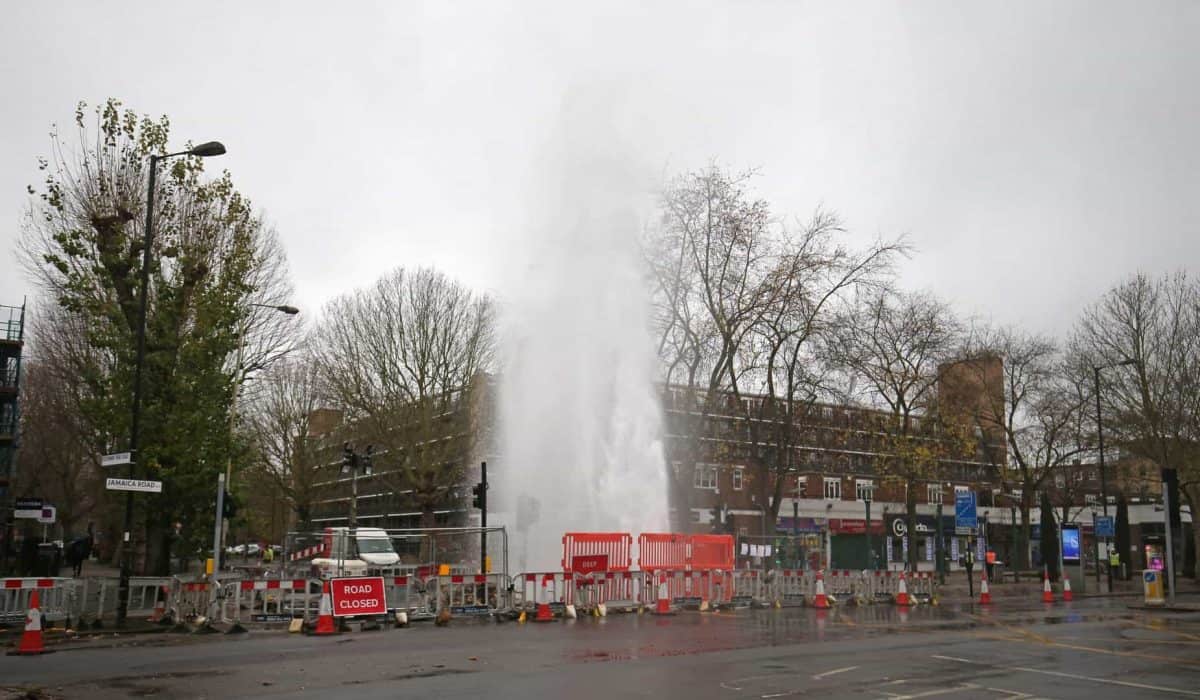 If the Tories were counting on people not voting tactically and not turning up, they may at least be disappointed by the latter, as there were reports of queues at polling stations around the country from early in the morning.

Members of the public have been reported leaving before casting their votes due to long queues outside some polling stations.

If you are heading back later, the Electoral Commission advises polling stations “can get very busy, particularly towards the end of the day”, but says voters in a queue before 10pm will be entitled to apply for a ballot paper.

Voters in England, Scotland and Wales do not need to take anything with them to vote, while those in Northern Ireland must have photo ID. You can find your local polling station at wheredoivote.co.uk

Labour strategists are hopeful that a high turnout could see them defy the polls and be in Downing Street by Friday. A record number of applications were submitted to vote on deadline day this year, with nearly 700,000 people applying.

Unusual waits of more than half an hour were reported at various locations across England on Thursday morning.  Queuing appeared particularly widespread in London, with long lines reported in a number of constituencies.

But if you’ve had to queue, pity voters at a polling station in Bermondsey where a burst water main showered the area with water.

Access to Cherry Garden Hall polling station in Bermondsey, south-east London, was temporarily disrupted on Thursday morning after a water pipe was damaged on the corner of Southwark Park Road and Jamaica Road.

Hannah Tookey, who waded through the water to cast her vote, tweeted: “It was too deep to wade through the middle, even in wellies.”

Another early-morning voter, Graham Kings, said he would have to vote later as the road outside the polling station was flooded.

“I could have gone home and put wellington boots on and waded across the flooded road to try to get in, but had to go to work and so will vote this evening,” he said.

A Southwark Council spokeswoman said a polling station inspector had helped voters to get in and cast their votes.

“No-one was prevented from voting at any point,” she told the PA news agency.

“Access to the voting station wasn’t compromised at all.”

In North Lanarkshire, a 48-year-old man has been arrested after a suspicious device was found near a polling station.

Police said the device was discovered on the ground floor of Glen Tower flats in Motherwell at around 1am on Thursday.A cordon was placed around the building as residents were evacuated following the find.

Explosive Ordnance Disposal staff were called to the scene to examine the item before carrying out a controlled explosion despite the device being found to be “non-viable”.

People who were registered to vote at Glen Tower have been told to attend an alternative polling station at Knowetop Primary School on Knowetop Avenue in Motherwell.

A community room within the building was due to be used as a polling station. Police said the device was “non viable.”

Chris Schofield said more than 70 voters were waiting in the Bermondsey and Old Southwark constituency – some of whom gave up and left during his 20-minute wait, “presumably to go to work”.

“It’s about 20 times busier than it was in 2017, and for the locals and Euro elections,” the 27-year-old consultant said. “Atmosphere is very London: orderly queueing and no-one is talking to each other!”

Several voters claimed they had never seen queues like it in years. Asked why he thought there were so many queuing, Mr Schofield said: “I think it’s the election of a lifetime for many of us.”

Alixe Bovey reported queueing for 35 minutes in the Streatham constituency. “In 20 years of voting in Streatham Hill, always at about this time of day, I have never encountered a queue of more than six or seven people,” she tweeted.

Waits were also reported in English cities such as Cambridge, where John Walsh tweeted to say it was the “first time ever” that he had to queue to exercise his democratic right.

Many members of the public said they were encouraged by the queues, suggesting it could mean a greater turnout than in the last general election.

READ MORE: The contrast between the PM hiding in a fridge and the reception Corbyn had across the country couldn’t be greater