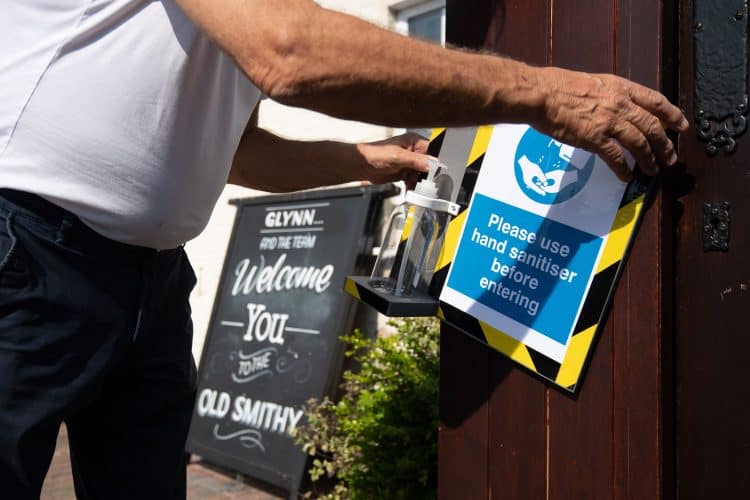 One in five high street workers are self-isolating due to government pandemic tracing rules – and the situation could worsen, hospitality and retail bosses have warned MPs.

Kate Nicholls, chief executive of trade group UKHospitality, told MPs on the Business, Energy and Industrial Strategy committee that firms have forecast that a third of staff could soon be isolating.

She said this comes on top of a wider labour shortage following the impact of lockdown measures and people moving out of the sector to find employment.

Nicholls told the committee on Tuesday: “We have one in five hospitality staff in isolation, and we have particular concerns as around 60 per cent of our staff are under 30.

“The changes to allow double-vaccinated people to avoid isolation won’t kick in in a material way until September because the workforce won’t have been able to have their second jabs until then.

“We believe we need to have a test-to-release policy to help them work. For many of our small businesses, if you lose one or two of your workers you don’t have enough people to open at all, and obviously that has huge ramifications.”

Helen Dickinson, chief executive of the British Retail Consortium, said there was a similar proportion of shop worker absences due to isolation rules.

“We are seeing some vacancy rates of around 20 per cent,” she told MPs. “And only some of that is directly people with Covid – a lot is the indirect consequence of having to isolate, irrespective of tests or whether one has had two vaccines.

“I think it is an immediate issue that comes with the lifting of restrictions.”

The comments were made during the latest business committee regarding the economic impact of the coronavirus pandemic.

Nicholls added that hospitality firms have around a tenth of jobs currently unfilled, with some workers switching to other careers during the enforced closure of large parts of the sector.

She said: “We are short of 200,000 workers and actively trying to recruit for those. You have a hot and tighter labour market than might have been anticipated.”

Ghislaine Halpenny, director of strategy and external affairs at the British Property Federation, also told the committee that about £6.4 billion in rent debt had accrued since the start of the pandemic.

Last month, the government extended the ban on commercial evictions until March 2022 in a bid to help firms affected by the pandemic.

Halpenny said most landlords and tenants have reached agreements over rents or made payments.

She added that current proposals for an arbitration system to deal with rent disputes looks like a “blunt instrument”.

“The proposed arbitration scheme feels like a bit of a sledgehammer to crack a nut,” she said. “It will be large, complicated and expensive to put together and potentially waste taxpayer money.

“We don’t see why the courts, with some additional guidance, shouldn’t be used for that backstop process.”