Speaking to the Observer, the shadow foreign secretary said Sir Keir is "determined that we learn winning ways". 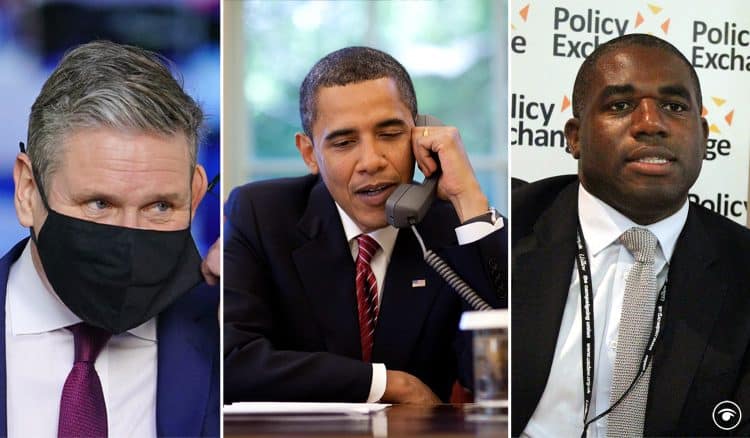 Barack Obama has been in discussions with the Labour Party about how centre-left parties can return to power, according to reports in the Observer.

Sir Keir Starmer and David Lammy have held confidential talks with the former US president amid new optimism over Labour’s chances at the next election.

Touching on the various hurdles that lie in the way of an election win, Lammy said:

“It really is about how progressive parties win and how Labour can fight back in an environment where our opponents have 10-to-one more funds than us,” Lammy said.

“Obviously, in the United States there is Fox News, but we have similar challenges in the UK.

“Getting our message across and learning collectively is really important. We are heartened by President Biden winning in the United States and Olaf Scholz in Germany.

“We have got to learn the lessons, and Keir is determined that we learn winning ways.”

Labour has recently enjoyed a surge in the polls, leading by nine points in the latest weekly Opinium poll.

Shortly after Joe Biden led the Democrats to victory over Donald Trump in November last year, Starmer said the US election held “stark lessons” for Labour, noting that the Democrats’ “path to victory was paved by a broad coalition, including states and communities that four years ago turned away from them.”

In an article in The Guardian, the Labour Party leader writes that American voters have chosen “unity over division, hope over fear and integrity over dishonesty”, and that Britain should “welcome” the president-elect’s pledge “to restore the US’s alliances and fill the void in global leadership”.

Last night in a national address Sir Keir announced the party’s support for Plan B restrictions, whilst also taking a sly jab at Johnson, his staff and MPs over several alleged parties that took place last December while London was under Tier 2 and Tier 3 restrictions, with households not allowed to mix indoors.

“At times like this, we must all put the national interest first and play by the rules,” the Labour leader said.

Related: Government ‘putting themselves above the law’ with human rights reforms