A new poll shows the Tories now have their lowest score among voters since 2019. 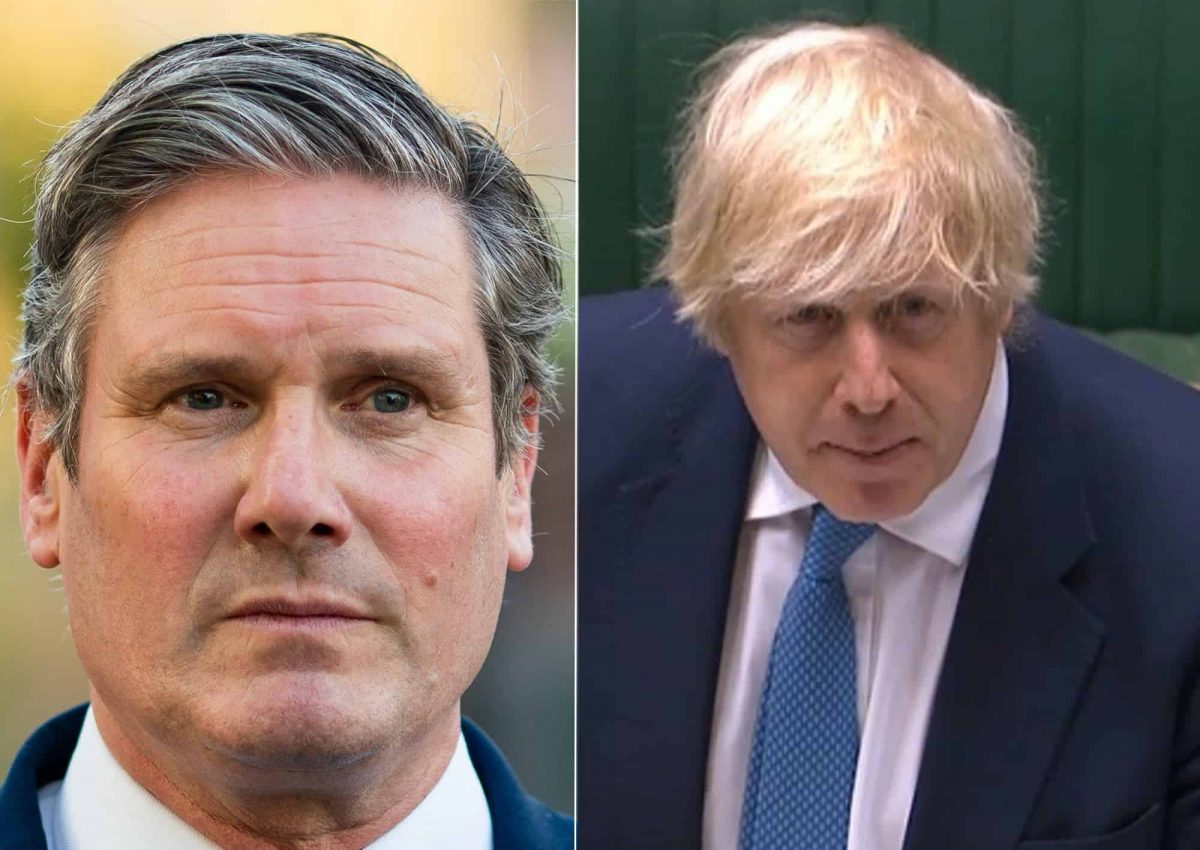 Labour has registered its highest lead in polls since 2014 this weekend.

The party now has a nine-point lead ahead of the Tories, amid corruption controversies involving government representatives.

And a majority of 57 per cent of the voters think Boris Johnson should resign from his role as prime minister, according to the latest Opinium poll. His ratings dropped to -35 per cent, down 14 points from a record low of -21 per cent two weeks ago.

The catastrophic figures come after it emerged that last December, a Christmas party allegedly took place at Downing Street, with dozens in attendance. The prime minister, senior ministers and Number 10 all denied Covid rules were broken.

Asked which Covid-related scandal involving government representatives shocked them the most, 51 per cent of respondents said it was the No 10 Christmas Party last year, followed by 28 per cent for the Dominic Cummings trip to Barnard Castle and 21 per cent for former health secretary Matt Hancock’s affair.

Opinium’s Adam Drummond told The Observer that the Tories’ drop in polls is “devastating”, adding: “unless the Conservatives can turn these numbers around quickly, backbenchers might start asking if the party is over for the prime minister”.

The Opinum survey places Labour on 41 per cent, whilst the Tories are on 32 per cent, their lowest score since 2019.

On Friday, The Times titled its front page as “Poll blow for Tories as trust in Johnson falls”, after a YouGov survey put the party four points behind Labour.

Meanwhile, a Survation poll for the Mirror gave Labour a huge six point lead, with the Tories dropping two points from last week.

Earlier this week, Labour leader Sir Keir Starmer suggested Boris Johnson was not up to the job.

Starmer also told The Telegraph: “I’m confident we’re going to win the next general election, whether that’s in 2023 or 2024.”

Meanwhile, Johnson said voters have “every right” to cast him “down and out again”.

In remarks he delivered through a pre-recorded video to the Summit for Democracy, hosted by US president Joe Biden, the prime minister said he would “not wish it any other way” than for voters to be able to get rid of him at the ballot box.

He said: “We believe that our people are entitled to elect and remove their governments through the ballot box, overseen by independent courts and a free media.

“We’re only here because our electorates have, at least for the time being, raised us to positions of responsibility for their affairs – but they have every right to cast us down and out again, and we would not wish it any other way.”