"It’s one thing to show how little you care but quite another sit next to 95 year old David Attenborough and NOT wear a MASK," Anna McMorrin said. 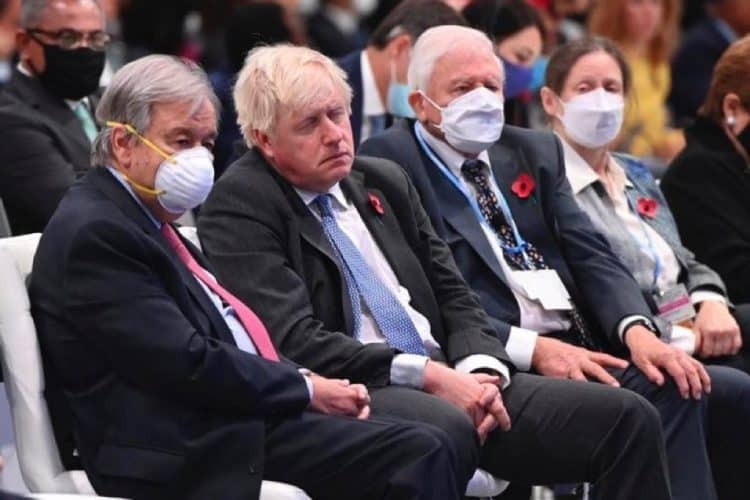 Boris Johnson followed in the footsteps of his US counterpart by catching forty winks at the COP26 climate summit in Glasgow.

The maskless prime minister was snapped snoozing on the first day of the conference as he sat next to Sir David Attenborough.

It comes after president Joe Biden was also caught out napping during the opening speeches.

David Lammy tweeted a picture of the PM, saying it’s time to “wake up”.

“Sir David Attenborough is paying attention to the climate crisis, it’s time your government did too.”

MP Anne McMorrin also shared her disgust that the prime minister did not mask up sat next to one of the country’s national treasures.

Earlier on in the day the naturalist and broadcaster warned humanity is “already in trouble” due to burning fossil fuels, destroying nature and releasing carbon into the atmosphere, and said those least responsible were being hardest hit.

He said: “Perhaps the fact that the people affected by climate change are no longer some imagined future generations but young people alive today, perhaps that will give us the impetus we need to rewrite our story, to turn this tragedy into a triumph.”

Watch his powerful speech below: