Labour said his attempt to draw a line under the issue leaves “many serious questions” unanswered. 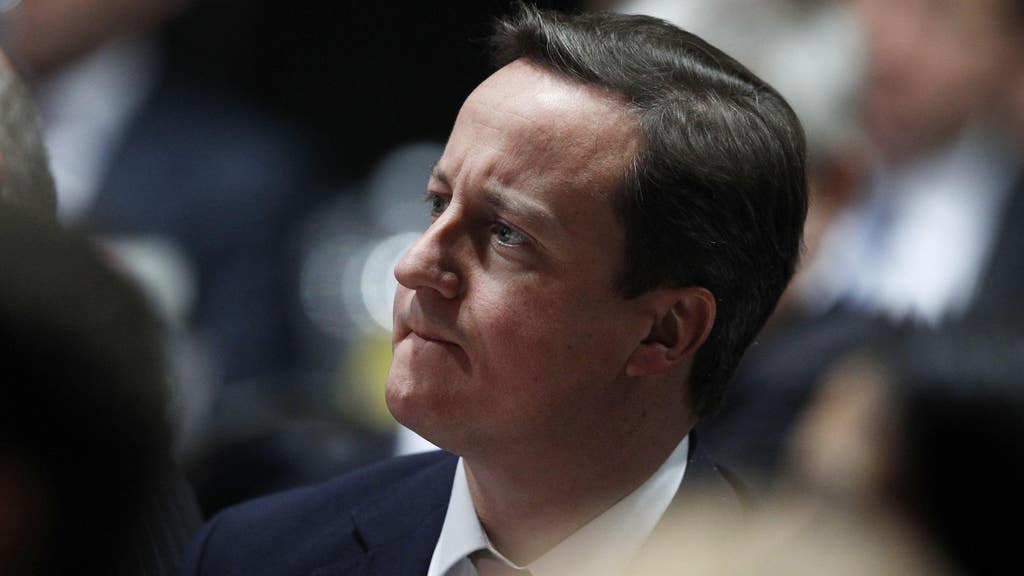 David Cameron has accepted he should have communicated with the Government “through only the most formal of channels” as he acknowledged mis-steps over the Greensill Capital lobbying controversy.

Breaking his weeks of silence, the former prime minister said in a statement to the PA news agency that having “reflected on this at length” he accepts there are “important lessons to be learnt”.

But Labour said his attempt to draw a line under the issue on Sunday leaves “many serious questions” unanswered, and demanded he addresses them before Parliament.

The “scandal” surfaced when it emerged the Conservative privately lobbied ministers, including with texts to Chancellor Rishi Sunak, to win access to an emergency coronavirus loan scheme for his employer, the scandal-hit financier Lex Greensill.

NEW: David Cameron's statement on Greensill in full. No apology for lobbying Sunak and Hancock. Instead he regrets that his communications left room for misinterpretation. 1/3 pic.twitter.com/AJTmiUlGGH

The total number of ministers to be entangled in the controversy reached four when it was reported that Mr Cameron arranged a “private drink” between Health Secretary Matt Hancock and Mr Greensill to discuss a payment scheme later rolled out in the NHS.

The former prime minister: “In my representations to Government, I was breaking no codes of conduct and no government rules.”

He said that “ultimately” the outcome of his efforts to get Greensill’s proposals included in the Government’s Covid Corporate Financing Facility (CCFF) was that “they were not taken up”.

“So, I complied with the rules and my interventions did not lead to a change in the Government’s approach to the CCFF,” he added.

“However, I have reflected on this at length. There are important lessons to be learnt. As a former prime minister, I accept that communications with government need to be done through only the most formal of channels, so there can be no room for misinterpretation.”

“Not a political appointee”

Questions had been mounting over his efforts to secure access for the finance company, which later collapsed, putting thousands of UK steelmaking jobs at risk.

Mr Cameron said that “many of the allegations” made in recent weeks “are not correct” as he challenged what he said is was a “false impression” that Mr Greensill was a key member of his team while in No 10.

In the 1,749-word statement, Mr Cameron insisted Mr Greensill was “not a political appointee” and had been brought in by the late cabinet secretary Lord Heywood.

“The truth is, I had very little to do with Lex Greensill at this stage – as I recall, I met him twice at most in the entirety of my time as prime minister,” Mr Cameron said.

David Cameron on #Greensill and supply chain finance in 2014 https://t.co/1syQxYBba2 Lex, “Give us a wave”. Waving he is, indeed. pic.twitter.com/KlL0kqPQuR

A business card from Mr Greensill saw him titled as a “senior adviser, Prime Minister’s office” and was complete with a personal No 10 email address.

Mr Cameron also argued that his remuneration in shares for Greensill were “nowhere near the amount speculated in the press” after their worth was suggested to be in the dozens of millions.

Mr Cameron sought to defend the use of his profile as a former prime minister to lobby his successors in government on behalf of Greensill, which hired him as an adviser in August 2018.

“I thought it was right for me to make representations on behalf of a company involved in financing a large number of UK firms. This was at a time of crisis for the UK economy, where everyone was looking for efficient ways to get money to businesses,” Mr Cameron argued.

Mr Cameron also issued a defence of meeting Mohammed bin Salman during a business trip in January 2020, more than a year after the killing of journalist Jamal Khashoggi in October 2018.

As early as the month of the murder, MI6 chief Sir John Sawers said “all the evidence” suggested the prince’s critic had been murdered on the orders of someone close to him.

“While in Saudi Arabia, I took the opportunity to raise concerns about human rights, as I always did when meeting the Saudi leadership when I was prime minister,” Mr Cameron said.

He was prime minister between 2010 and 2016 before being hired as an adviser by Greensill in August 2018. Mr Greensill was a Government adviser on finance during Mr Cameron’s time in No 10.

This week, it emerged the Chancellor responded to the numerous private texts from Mr Cameron by saying on April 23 last year that he had “pushed” officials to consider plans that could have helped Greensill.

Mr Cameron also described the decision to exclude his employer’s firm, Greensill Capital, from the multibillion-pound scheme as “nuts” in an email to a senior adviser to Prime Minister Boris Johnson and pressed for the Chancellor to reconsider.

“What we need is for Rishi (Sunak) to have a good look at this and ask officials to find a way of making it work,” Mr Cameron emailed on April 3 last year.

Rishi to “come out of hiding”

Labour called for Mr Sunak to “come out of hiding” and make a statement to Parliament about the “growing scandal”, and reiterated demands for an investigation.

As Mr Cameron pointed out, the Registrar of Consultant Lobbyists cleared him of breaking lobbying rules because as an employee of Greensill he was not required to declare himself on the register.

But the issue has led to calls for an overhaul of lobbying rules.

Labour’s shadow chancellor of the Duchy of Lancaster Rachel Reeves said: “Many serious questions remain unanswered, and it is crucial that the former prime minister appears before Parliament so that all the information is brought to light.

“Transparency and accountability are crucial and that requires the utmost openness from government to establish the full facts behind this scandal.”