The flexible payment scheme was later rolled out across the health service. 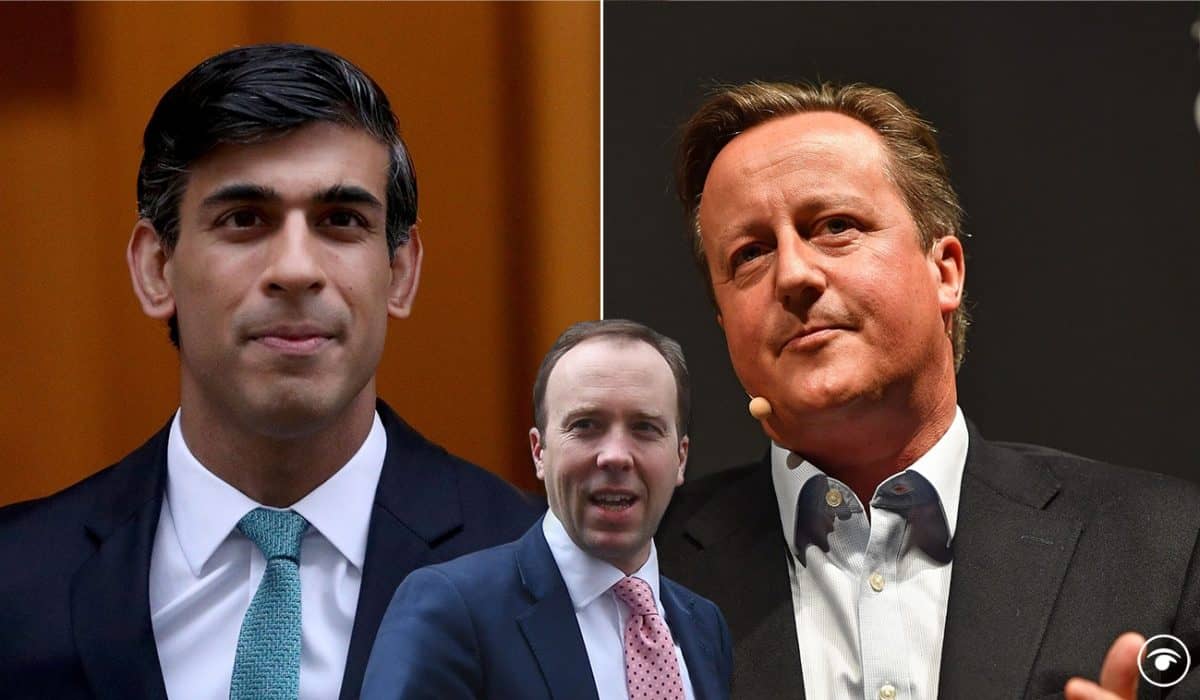 The Sunday Times also reported that the Treasury reconsidered Mr Greensill’s application for an emergency coronavirus loan after the former prime minister messaged a senior adviser to Boris Johnson.

Mr Cameron was said to have described the decision to exclude his employer’s firm, Greensill Capital, from the multibillion-pound scheme as “nuts” and pressed for the Chancellor to reconsider.

“What we need is for Rishi (Sunak) to have a good look at this and ask officials to find a way of making it work,” Mr Cameron wrote.

The developments are the latest in a lobbying controversy that has dogged the Conservative former prime minister in recent weeks.

Questions were mounting over his efforts to secure access for the finance company, which later collapsed putting thousands of UK steelmaking jobs at risk.

An ally of Mr Hancock confirmed a drink took place between Mr Cameron, the Health Secretary and the Australian financier in October 2019.

Mr Greensill’s firm at the time wanted to introduce a flexible scheme to pay doctors and nurses either daily or weekly.

The NHS went on to announce in October last year that Earnd, a mobile app that was then a division of Greensill, would be available free-of-charge to NHS employees to access their pay.

Mr Hancock referred Mr Greensill to work directly with the NHS rather than his department, according to the ally, who insisted the final decision to use the scheme was for local NHS employers.

“Matt acted in entirely the correct way – he updated officials on the business that was discussed, as is appropriate,” the friend said.

Mr Cameron is yet to comment publicly about the “growing scandal”, as Labour has called it.

But a source close to the former prime minister said: “David Cameron was an enthusiastic champion of Greensill’s pay product, Earnd, and met with various people to discuss its rollout across the NHS.”

A Department of Health and Social Care spokesman said: “The wellbeing of NHS staff is the top priority of the department and Health Secretary.

“Our approach was and is that local NHS employers are best placed to decide how different pay flexibilities fit with their overall pay and reward offer for their staff.”

Mr Greensill is also yet to comment on the controversy.

“Come out of hiding”

Meanwhile, it was understood that Mr Cameron’s message to the Prime Minister’s adviser was forwarded on to the Treasury.

But it could not be immediately confirmed whether the lobbying did lead to the Treasury reconsidering its move to reject the loan scheme application.

A No 10 spokesman: “Throughout the pandemic, an immense number of businesses contacted Downing Street with representations; these were passed on to relevant departments.”

This week, it emerged the Chancellor responded to private texts from Mr Cameron saying he had “pushed” officials to consider plans that could have helped Greensill in 2020.

Labour called for Mr Sunak to “come out of hiding” and make a statement to Parliament about the “growing scandal”, and reiterated demands for an investigation.

Shadow chief secretary to the treasury Bridget Phillipson said: “Every day brings fresh revelations about the culture of cronyism at the heart of this Conservative Government.

“Through David Cameron, Greensill looks to have had the run of Government from Number 10 down, including access to millions of pounds of public money.”