We’re a resilient lot here in the UK. Attacks in Westminster, Manchester and then London Bridge took place, but we collected ourselves, came together as a people and moved on with our lives- a slap in the face of those who meant us harm and no doubt infuriating for those who expected mass hysteria and […]

by Mani Khawaja
in Politics 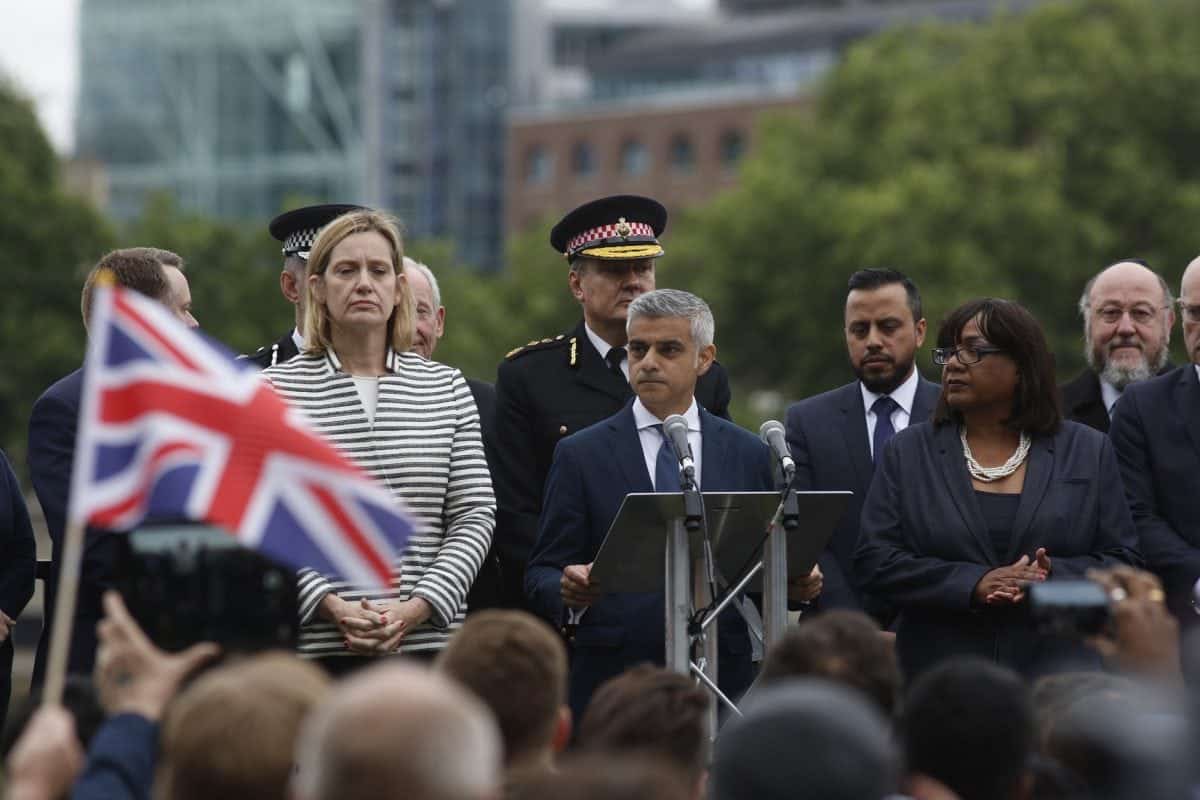 We’re a resilient lot here in the UK. Attacks in Westminster, Manchester and then London Bridge took place, but we collected ourselves, came together as a people and moved on with our lives- a slap in the face of those who meant us harm and no doubt infuriating for those who expected mass hysteria and people to turn on one another.

‘Keep calm and carry on’ is not just an empty motivational saying that looks good on a mug, a t shirt or a poster, it’s a sense of resiliency that is ingrained into the fabric of what makes us British.

Clearly, extremists are not amused by this sense of solidarity and level headedness. Whether it is violent jihadists or those on the political far right, in order for them to be successful they need an environment of fear and mistrust to exploit.

Nothing illustrates this more than the reaction of President Trump who tried to engage in a war of words with London Mayor Sadiq Khan, who wisely chose to ignore these petulant antics and instead focus on more important issues facing the city.

The absurdity of the President of the United States trying to undermine calls for people to remain calm was not lost on many, and even US Senator Murphy of Connecticut was astounded that his President “has no idea that the goal of terrorists is to instill [sic] a level of fear in the public disproportionate to the actual threat.” Politicising a tragic event to further one’s own politics is reprehensible, but when has Donald Trump ever cared about that? He tried to use the attack as an excuse to further arguments for gun ownership, something near and dear to his right wing base.

One of the greatest blessings the United Kingdom has afforded its citizens is keeping guns off our streets. Imagine how much more carnage could have been caused if the attackers had been able to get their hands on sophisticated weaponry and bring it into the country.

He also used the occasion to reiterate the need for his bigoted travel ban which would only increase the misery of hundreds of thousands of innocent and hardworking citizens from those countries, being collectively punished because of no fault of their own.

Nigel Farage and Katie Hopkins, never ones to let anyone take the lead in abhorrent and despicable rhetoric used their appearance on Fox News to float the idea of internment camps, an idea that even the right wing oriented network and television hosts had to issue a statement against, calling it “reprehensible”. Theresa May took this opportunity to state that the London Bridge attacks showed that there was “far too much tolerance” of Islamist extremism in the UK. Was she talking about tolerance within the population, many of whom had rung and reported extremists to the government, or within the government, which she was the head of, and had been the Home Secretary of for many years? Or was it just another swing at Jeremy Corbyn?

During what appeared to be a farce of a halt on political campaigning by the Tories, Theresa May promoted ill-advised policies curtailing people’s online privacy and liberties, spelt out in her manifesto, ignoring massive cuts to the police and resources required to keep people safe.

This obsession with monitoring people online that May seems to have aside, turning Britain into a nanny state, or maligning Corbyn is not going to solve anything.

A greater understanding of the difference communities that make up this great nation of ours is imperative. Monitoring the sources of funding from countries that export extremist ideology is an important step. Any mosques that accept such donations need to be investigated.

For far too long a victim complex narrative was allowed to be spun by Islamists and also many moderate leaders in the Muslim community, creating a feeling of a perpetual state of persecution. This was compounded by the issues of human rights abuses in Kashmir or the appearance of lenient treatment of Israel contravening International law with apparent impunity, or the illegal war in Iraq.

Conspiracy theories about the government spying on Muslim communities or attempting to undermine the Islamic way of life, as well as bigoted rhetoric and actions from those on the right, lead to many Muslims, especially young men and women, feeling unwelcome and unable to empathise or relate with the rest of their countrymen, becoming easy pickings for exploitation.

Those on the far right need people to be fearful and resentful of minorities, whilst the Islamic extremists need Muslims to feel hated and persecuted- Vile organisations in a symbiotic relationship with each other. The rise of progressives strikes fear into the hearts of Islamic extremists. Here they are relying on a mentality of us vs them in order to recruit people to their cause, and there comes Angela Merkel and Justin Trudeau welcoming refugees with open arms, or Corbyn speaking up for minorities and those that don’t have a voice. This completely undermines the spiteful narrative of extremists that Muslims are considered inferior to non muslims in the eyes of western society and that they are being targeted. If you have a government that openly stands up for the rights of their Muslim citizens and treats them as cherished equal members of society, there goes any opportunity Islamic extremists have in order to use their persecution narrative.

We need a bigger police force, and one given more resources- that is not in dispute- but we also need a better trained and informed one, to deal with such issues.

This is why it is more important than ever for a progressive like Jeremy Corbyn to come into power. Not only does he seems to possess a better understanding of the complexity of these issues, but also appears to have the compassion and the resilience- there’s that word again- that can inspire and bring together people from every walk of life in order to create a better future for ourselves.

As he so eloquently put, “At this time it is more important than ever that we stay united in our communities. It is the strength of our communities that gets us through these awful times, as London Mayor Sadiq Khan recognised, but which the current occupant in the White House has neither the grace nor the sense to grasp.

Whether we are Muslim or Christian, black or white, male or female, gay or straight, we are united by our values, by our determination for a better world, and that we can build a better society.”