"I can't decide if I want to watch it another ten times or hope I never see it again!", one person said after watching the musical mash-up. 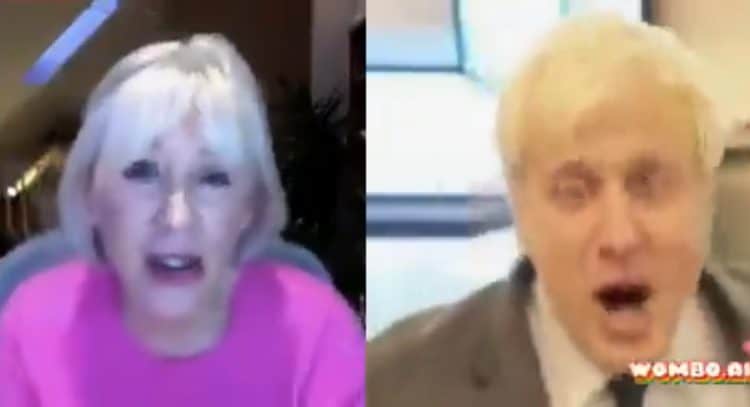 Nadine Dorries’ bizarre BBC interview from earlier this year has been edited into a hilarious music duet with Boris Johnson – leaving people amused and horrified in equal measure.

The culture secretaty had an awkward exchange with BBC Breakfast presenter Charlie Stayt in February when the pair came to blows over what communication with the PM had been had.

And it went on…

And now the video has been edited over a Nelly’s chart-topping song Dilemma from 2002 featuring Kelly Rowland.

The musical mash-up has gone viral on social media, with most people unsure what to think of it.

Here’s a taste the reactions: