MPs will see their annual pay hiked to £84,000 the same day Brits are hit by new taxes and higher bills. 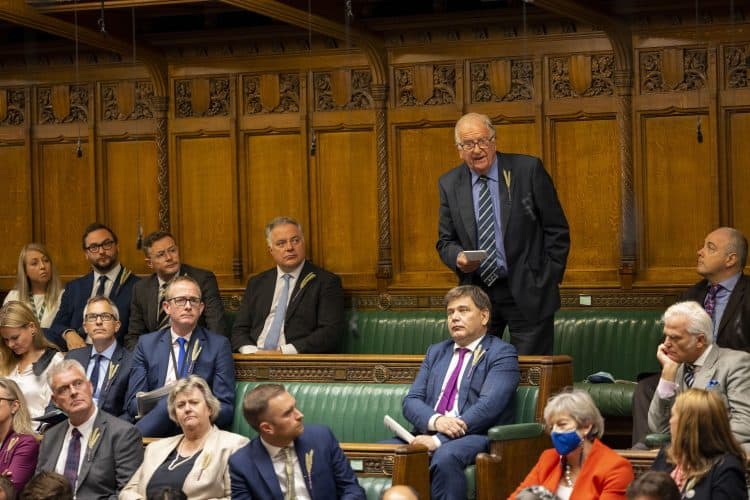 MPs are set to have their pay hiked by £2,000 on 1 April – the day struggling Brits will be battered by spiralling bills.

Despite the coming cost-of-living crisis, parliamentarians will enjoy a bumper pay rise to their £81,932 just as higher bills and new taxes squeeze the public.

But MPs will be shielded from the pain, with their salaries set to hit £84,000 for the first time after the Independent Parliamentary Standards Authority approved a 2.7 per cent pay rise, in line with average increase in pay for public sector employees.

Richard Lloyd, IPSA chair, said the pair rise was fair – and reflected the “dramatic” increase in MPs’ workload during the pandemic.

He said: “MPs play a vital role in our democracy and this is reflected in their pay.

“It is right that MPs are paid fairly for the responsibility and the unseen work they do helping their constituents, which dramatically increased last year.

“For Parliament to reflect society, it is vital that people from all walks of life can be an MP.”

It comes as the Government has been accused of adding to the cost of living crisis following the largest rise in rail fares for nearly a decade.

‘Couldn’t come at a worse time’

Train passengers in England and Wales face an increase in fares of up to 3.8 per cent from Tuesday. This is the steepest increase since January 2013, according to figures from industry body the Rail Delivery Group (RDG).

Paul Tuohy, chief executive of pressure group Campaign for Better Transport, said: “This fare rise couldn’t come at a worse time and will simply add to the cost of living crisis.

“We need to get people back into workplaces, eating in town centre cafes and shopping on their lunchbreaks to help kick start the economy.

“If the Government is serious about shrinking transport’s carbon footprint and growing the economy, it should make rail the affordable choice with better value flexible season tickets and an immediate reform of the fares and ticketing system.”