The number of people who have been pulled off duty is creating a major stress on an already overworked team. 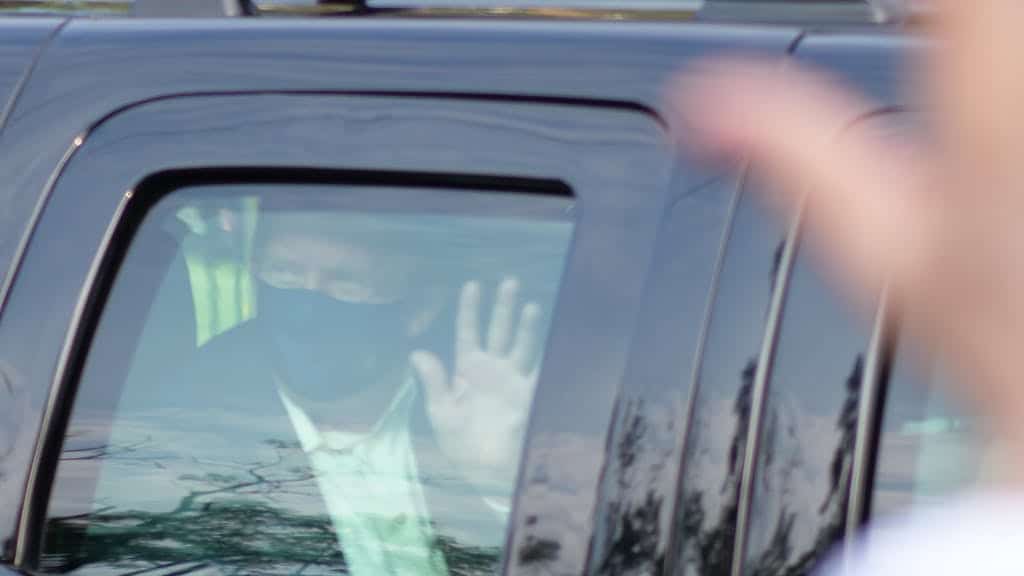 Hundreds of Secret Service officers have tested positive for coronavirus following a series of campaign rallies ahead of the November 3rd election.

According to reports in the Washington Post the President’s movements have sidelined roughly 10 per cent of the agency’s core security team.

It comes after Donald Trump made a swift return to the campaign trail after he himself was struck down with the virus.

He even took part in a motorcade while in hospital to salut cheering supporters in a move that was described as “insanity” by Dr James P Phillips, an attending physician at Walter Reed.

“Every single person in the vehicle during that completely unnecessary Presidential ‘drive-by’ just now has to be quarantined for 14 days. They might get sick. They may die.”

“For political theater,” the doctor added on Twitter. “Commanded by Trump to put their lives at risk for theater.”

More than 130 Secret Service officers are said to be infected with coronavirus or quarantining in wake of Trump’s campaign travel https://t.co/URkTHjm7Fm