His departure will rob the prime minister of a convenient human shield. From here on, the buck stops with Boris. 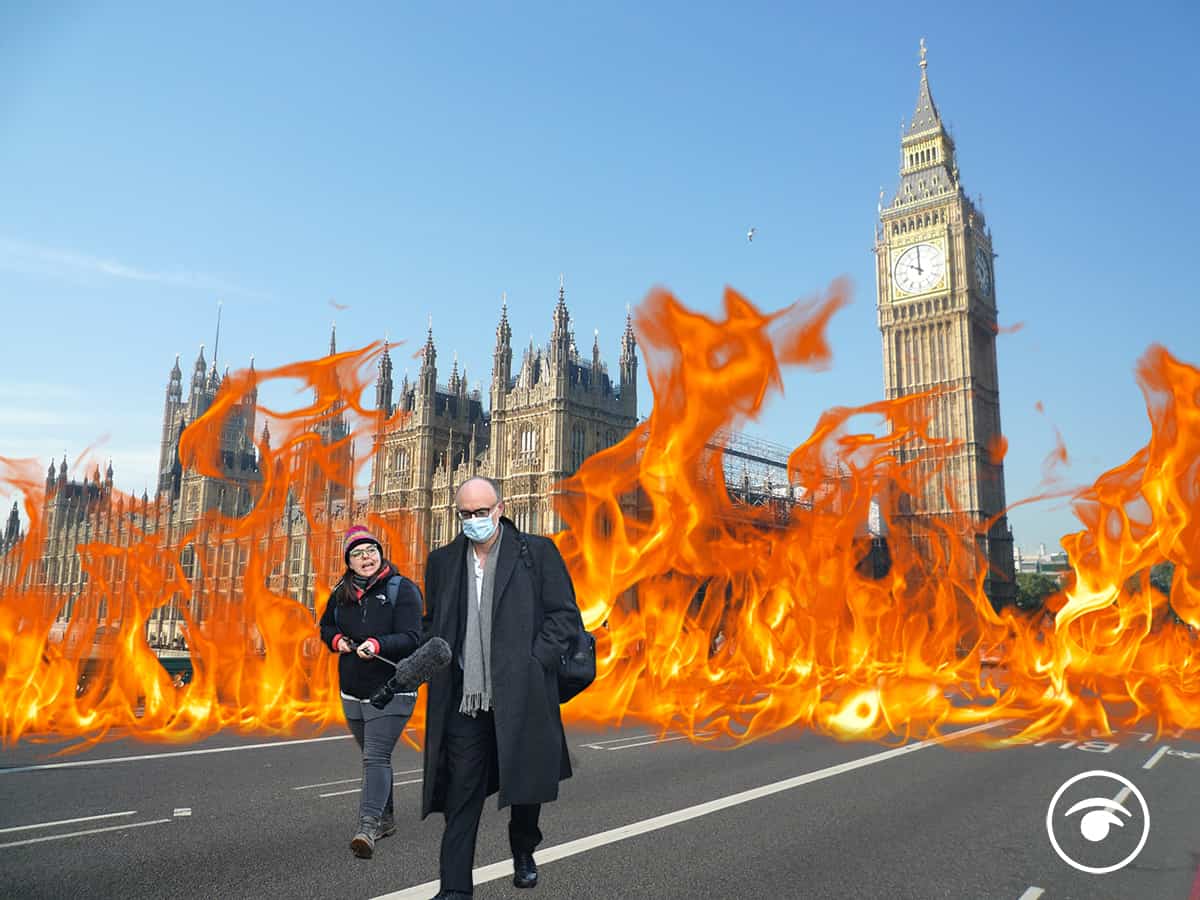 Dominic Cummings, the prime minister’s belligerent chief adviser, will leave Downing Street by the end of the year.

After a week of sniping, infighting and hostile briefings to the press, Cummings told the BBC that his stance “hasn’t changed since my January blog,” in which he announced his hope to make himself redundant by 2021.

It signals the end of a turbulent spell at the top table for an adviser whose profile exceeds most – indeed, perhaps all – of his predecessors.

After all, we never saw Colin Firth taking on the role of Jonathan Powell, as Benedict Cumberbatch portrayed Cummings. Nor were many families consumed by arguments over Gavin Barwell or Steve Hilton.

Cummings is something of a political Rorschach test. To his allies, he is a figure of singular ability who has bent the arc of British politics to his will. To his enemies – and there are many – he is a pantomime villain, a scheming Machiavelli responsible for all this country’s ills.

Whichever side of the fence you sit on, there is a real argument to be made that – before he took his place at the heart of Boris Johnson’s government – Cummings was, at least, a successful political operator.

Brexit, regardless of whether you like it or not, was a remarkable and shocking political upset. Cummings, as director of Vote Leave, played a huge hand in making it happen, earning him Svengali-like status.

Fast forward sixteen months and that sheen has undoubtedly worn off. In his notorious January blog post, Cummings encouraged “data scientists, project managers, policy experts and assorted weirdos” to apply for jobs in Downing Street. These hires, he said, would hopefully make him “largely redundant” within a year.

If Cummings believes his impact on the machinery of government has been as transformative as he claimed it would be, he is surely mistaken. To coin a phrase, nothing has changed. Career civil servants still run the show, and Whitehall is still overwhelmingly reliant on management consultants to do the heavy lifting.

As for the prime minister, he was arguably the most popular politician in the country when he succeeded Theresa May. But the combative approach favoured by Cummings and his Vote Leave acolytes has not only failed to stop Johnson’s slide in the opinion polls, it has also alienated a huge chunk of the Tory MPs who once hailed him as their messiah.

What does Cummings’ departure mean for Johnson?

Johnson is left with a rebellious majority whose loyalty has been eroded by a Downing Street operation that has treated it with contempt, and a government that is more comfortable waging petty culture wars against the BBC and the National Trust than it is dealing with the genuine national crisis at its doorstep.

Cummings, undoubtedly, was an effective campaigner – as Brexit and last year’s general election triumph prove. But when it comes to the nitty-gritty of government, he has proven himself sorely lacking. Being a “disrupter” only gets you so far in a parliamentary democracy.

What, then, does Cummings’ departure mean for Johnson? The early mood music is that it will herald a return to the optimistic liberalism that characterised his stint at City Hall. Climate change is set to climb to the top of the agenda, alongside trivial matters like preventing the implosion of the Union.

Tory MPs seem pleased, too. Sir Bernard Jenkin, a one-time Johnson loyalist who has been vocal in his criticism of the Cummings clique, told the BBC that it offered the prime minister a chance to restore “respect, integrity and trust” that had been “lacking in recent months” between No 10 and MPs.

Johnson, battered and bruised by an historically turbulent year, must be wondering whether it was all worth it. His refusal to sack Cummings after his infamous lockdown-breaching trip to Barnard Castle shattered the public’s faith in his handling of the pandemic, and handed a resurgent Labour a handful of oven-ready attack lines to carry into 2024.

What’s more, Cummings’ departure robs the prime minister of a convenient human shield. No longer can the ire of disgruntled MPs and pundits be directed at the shadowy adviser pulling the strings in the background. From here on, the buck stops with Boris.