The RMT general secretary has written to Rishi Sunak saying a meeting between the two men was now the best prospect of making any progress. 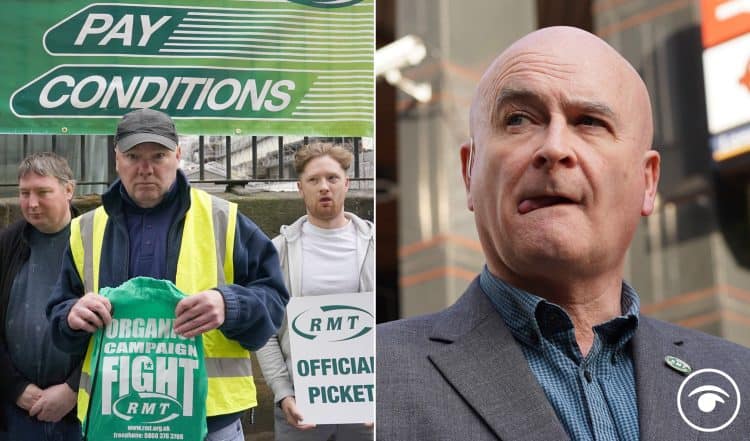 The leader of the biggest rail workers union has called for an urgent meeting with the Prime Minister in a bid to help resolve the long-running dispute over pay, jobs and conditions.

Members of the Rail, Maritime and Transport union (RMT) are due to stage two 48-hour strikes next week following months of industrial action over the deadlocked row.

RMT general secretary Mick Lynch has written to Rishi Sunak saying a meeting between the two men was now the best prospect of making any progress.

Mr Lynch said that from press reports, Transport Secretary Mark Harper’s appearance at the Transport Committee this week and from what he has been directly told by the Rail Delivery Group’s negotiators, it was clear that No 10 is “directing the mandate for the rail companies and has torpedoed the talks”.

He wrote: “There is no reason why this dispute could not be settled in the same way that RMT has resolved disputes in Scotland and Wales.

“Where the Scottish and Welsh governments have had responsibility for mandates, pay settlements for 2022 have been agreed and neither of these settlements have been conditional on cutting staffing, and eroding safety, security and accessibility.

“It is already a national scandal that your government has been paying the train operating companies not to settle the dispute, indemnifying them to the tune of £300 million so that they have no incentive to reach a resolution.

“It’s not clear to me why, on top of this, your government has now torpedoed the negotiations, but I now believe that a meeting with yourself represents the best prospect of any renewed progress.

“We have a duty to explore every possible option for settling this dispute and I’m willing to do my part. I hope you will agree to meet me.”

A Government spokesperson said: “It’s incredibly disappointing that, despite a new and improved deal offering job security and a fair pay rise, the RMT continues to hold Christmas hostage with more damaging strikes.

“The Government has played its part by facilitating a fair and decent offer and the RMT and its members should vote this deal through and end this harmful disruption.”