It comes after Prime Minister Boris Johnson spent the night in intensive care following a worsening of his symptoms on Monday evening. 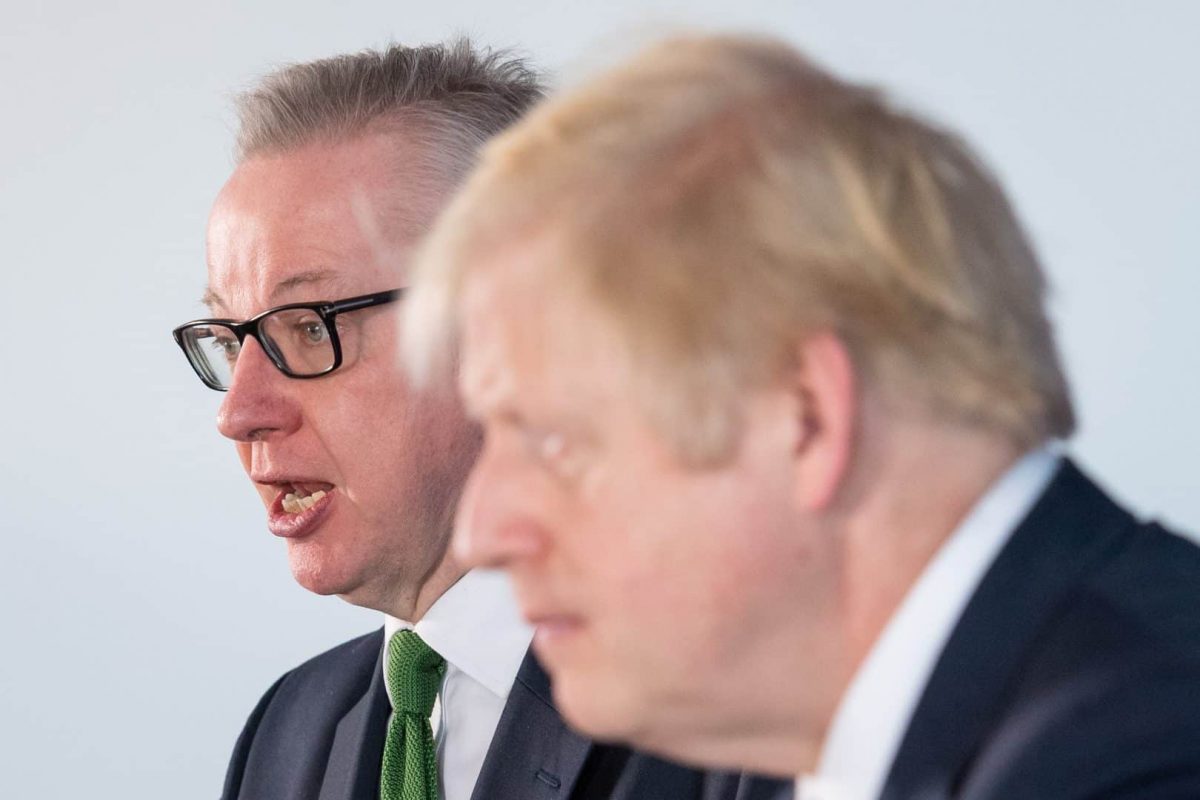 Michael Gove has been placed in self-isolation after a member of his family displayed symptoms.

The Chancellor of the Duchy of Lancaster became the latest in a long line of senior cabinet ministers and government advisers who have been forced to isolate due to the coronavris crisis.

He is not currently displaying any symptoms and has made the move as a precaution.

It comes as the Prime Minister was transferred to the intensive care unit at St Thomas’ Hospital in London on Monday evening.

In Mr Johnson’s absence, Dominic Raab, the Foreign Secretary and First Secretary of State, is standing in for him “where necessary”.

The deterioration in the Prime Minister’s condition comes at a critical moment in the coronavirus crisis, with the epidemic expected to reach its peak in the UK in the coming days.

There was a palpable sense of shock in Westminster and beyond at the speed of his apparent decline following his admission to hospital on Sunday.

Downing Street said at the time that the move was a “precautionary step” as his symptoms of a cough and high temperature were continuing to persist after 10 days in self-isolation.

Initially he was said to have been continuing to work from his hospital bed and was receiving his ministerial red boxes.

But by 7pm on Monday, the decision was made to transfer him to intensive care so that a ventilator was close at hand if required.

The Cabinet was informed shortly afterwards and the move was made public in an announcement by Number 10 shortly after 8pm.

Mr Gove said Mr Johnson is receiving the “very, very best care” and insisted that the government machine is continuing to function.

“The work of government goes on.

“We have a superb Civil Service and they have ensured that the machinery is there for decisions to be made by ministers, by medical and scientific experts, and for those decisions to be followed through in a way which enables us to help those at the front line.”

For a second day, Mr Raab was standing in for the Prime Minister, leading the Government’s daily coronavirus “war cabinet” meeting.

In a short statement on Monday, he said he would continue to follow the direction set by Mr Johnson for tackling the outbreak.

New Labour leader Sir Keir Starmer said he had spoken to Mr Raab, offering to work “constructively” with ministers to get through the crisis.

“People are clearly anxious. I know the business of government will continue,” he said.

“I was in touch with the Foreign Secretary last night, and I want to say that the Labour Party will act in the national interest.

“That’s why I have offered to act constructively with the Government and support them where that’s the right thing to do, and push them further where we need to do it.”

The Prime Minister’s admission to intensive care raised concerns that he had been pushing himself too hard, continuing to lead the work of government while in self-isolation.

“The Boris I know is a fighter, he never gives up”

However, former Tory Party leader Sir Iain Duncan Smith said it was natural that he should want to carry on for as long as he could.

“The Boris I know is a fighter, he never gives up,” he told BBC Breakfast.

“The truth is, he’s Prime Minister. He was elected to run this country, and no prime minister is going to suddenly say ‘Look, I’m not well, I’m just gonna let somebody else do it’.

“He does it up until the point, quite rightly, where he feels he can no longer contribute, because of the circumstances surrounding his illness. And I think he’s done that. Now that may have taken its toll.”

Mr Johnson’s condition means that his fiancee, Carrie Symonds, who is pregnant with their first child, is unable to visit him in hospital.

She said at the weekend that she is “on the mend” after herself being forced to self-isolate after displaying symptoms of the disease.