Gove was forced to deny claims that the new 'levelling up' plans contain no new money or fresh ideas. 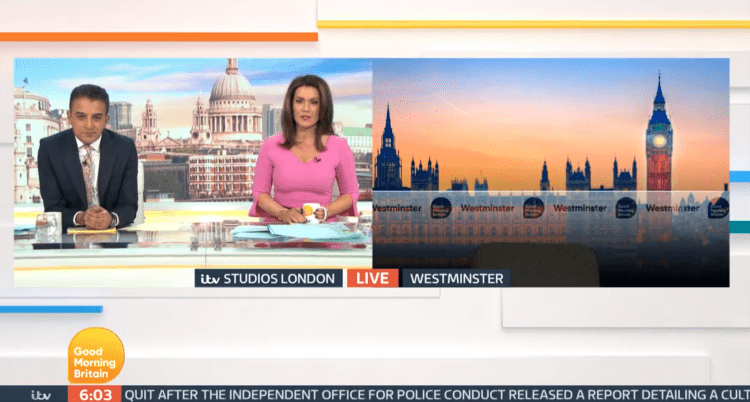 Michael Gove claims it is a “bogus argument” to suggest there is no new money going into the government’s flagship ‘levelling up’ agenda.

The levelling up secretary defended long-delated plans to address regional inequality against accusations that they include no new money or ideas.

Speaking to Sky News on Tuesday morning, Gove said: “I think that’s a bogus argument because the chancellor gave us a huge cheque in the spending review and now we are spending it.

“We’re making sure in Wolverhampton, in Sheffield and in other areas that we put our money where our mouth is. And that we make sure that money which in the past was spent too much in London and the south-east is now spent in the north and the Midlands where it’s needed.”

Later on BBC Breakfast, he said: “The key thing about the spending review is that it gave me and other government departments a significant amount in the bank and now we’re cashing those cheques and the money is getting out.”

Gove told broadcasters that the government had “12 big missions” for levelling up, which “commit us to ensure that research and development spending, the sort of rocket fuel that will help our economy grow, is spread more equally and also that we tackle some of the other underlying inequalities in health and education and housing”.

But despite undertaking a lengthy media round to sell the government’s levelling up plans, Gove declined to appear on ITV’s Good Morning Britain – prompting presenters to “empty chair” the minister.

Presenters Susanna Reid and Adil Ray broadcast an image of a vacant seat reserved for Gove had he accepted their invitation.

Over on Sky News, Gove said: “The Brexit referendum was a wake-up call. As well as a clear commandment to leave the European Union it was also a way of saying to people in SW1, people like me: ‘Look, it’s vital that you change the economic model of this country. It’s all very well if people are in London and the south-east in financial services and others do well, we don’t begrudge that. But you’ve got to listen to us.’”

He suggested mistakes had been made by “parties of both colours”, adding that “one of the things in the past is there have been sincere and committed attempts by politicians left and right to deal with this”.

“But nothing as comprehensive or as long-term as the plan that we’re setting out today,” he said.

And he raised the prospect of the House of Lords moving out of London as a potential example of levelling up.

He told Times Radio: “We’ve got our friends in the House of Lords who will have to move out of their current building, at the moment, because of the renovation of the Palace of Westminster.

“I think it’d be a really good thing if the House of Lords were to meet for at least part of the time in Glasgow or in York. I think it would do us all good.”