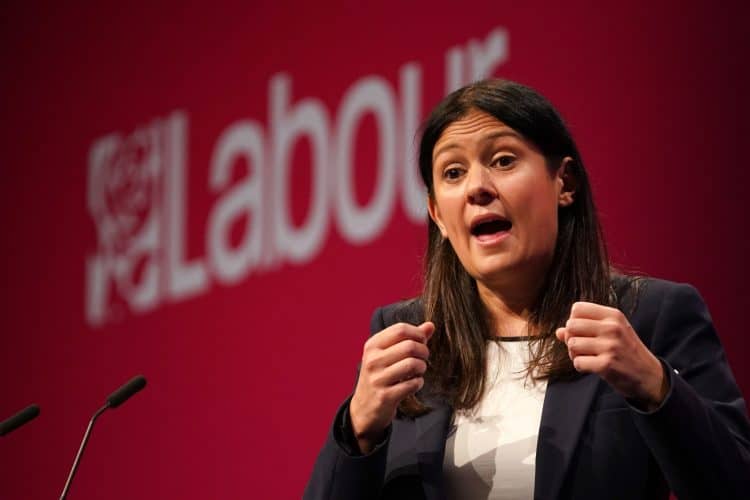 Lisa Nandy has accused Michael Gove of seeking to regenerate left-behind parts of Britain “on the cheap” ahead of the long-delayed publication of the government’s ‘levelling up’ strategy.

In a withering attack on the government, Labour’s shadow levelling up secretary told The Independent that ministers were “out of energy” and “out of ideas”.

Nandy claimed the strategy – set to be unveiled on Wednesday – appeared to be “more about a reset” for the embattled prime minister, rather than “turning around an economic settlement that hasn’t worked for a lot of places for decades”.

It comes as Gove – the cabinet minister responsible for levelling up – is poised to publish the government’s blueprint for changing the “economic geography of the country”.

But a row has already ensued over the long-awaited plans, after it emerged that most of the funding outlined in advance of Gove’s statement had already been announced by Rishi Sunak, the chancellor.

And Nandy told The Independent that two years after Johnson’s initial ‘levelling up’ promise, disadvantaged areas were being given “piecemeal, small pots of money dolled out from Whitehall” after a decade of austerity.

Nandy added: “The money that was announced in the Budget several months ago that they reannounced at the weekend for the whole rest of the country is £1.5 billion.

“It’s regeneration on the cheap and that is the settlement people called time on two and a half years ago – it’s just simply not good enough. These are places that within living memory powered this country, made a contribution, built our wealth and influence and should have the right to do it again.”

Asked whether the government’s plans had any chance of success, she said: “I don’t want to say no because we had 40 years of good jobs leaving our towns, we’ve had a decade of austerity that’s turbo-charged that – and people have had enough.”

But she added: “They are out of energy, they are out of ideas, and they’ve got a chancellor who fundamentally doesn’t believe in the potential of our nations and regions.”

‘I don’t see how it can succeed’

Speaking on the eve of the publication of the white paper, Nandy continued: “I don’t see how anything more that this can materialise from this government.

“They seem tired, they seem more interested in their jobs than other people’s. If the only thing that they’ve come up with in two and a half years is a levelling up board, some civil service jobs, and more mayors, I think they’ve completely missed the point.

“Who knows, maybe Michael Gove will read this and surprise me? But, if the Treasury doesn’t back it and the prime minister is deeply uninterested in what is happening in parts of the country, I don’t see how it can succeed.”

Related: ‘The PM tells the truth’: According to this Ros Atkins clip, he definitely does not