Shadow chancellor John McDonnell said the shorter average week could be delivered within a decade of taking office. 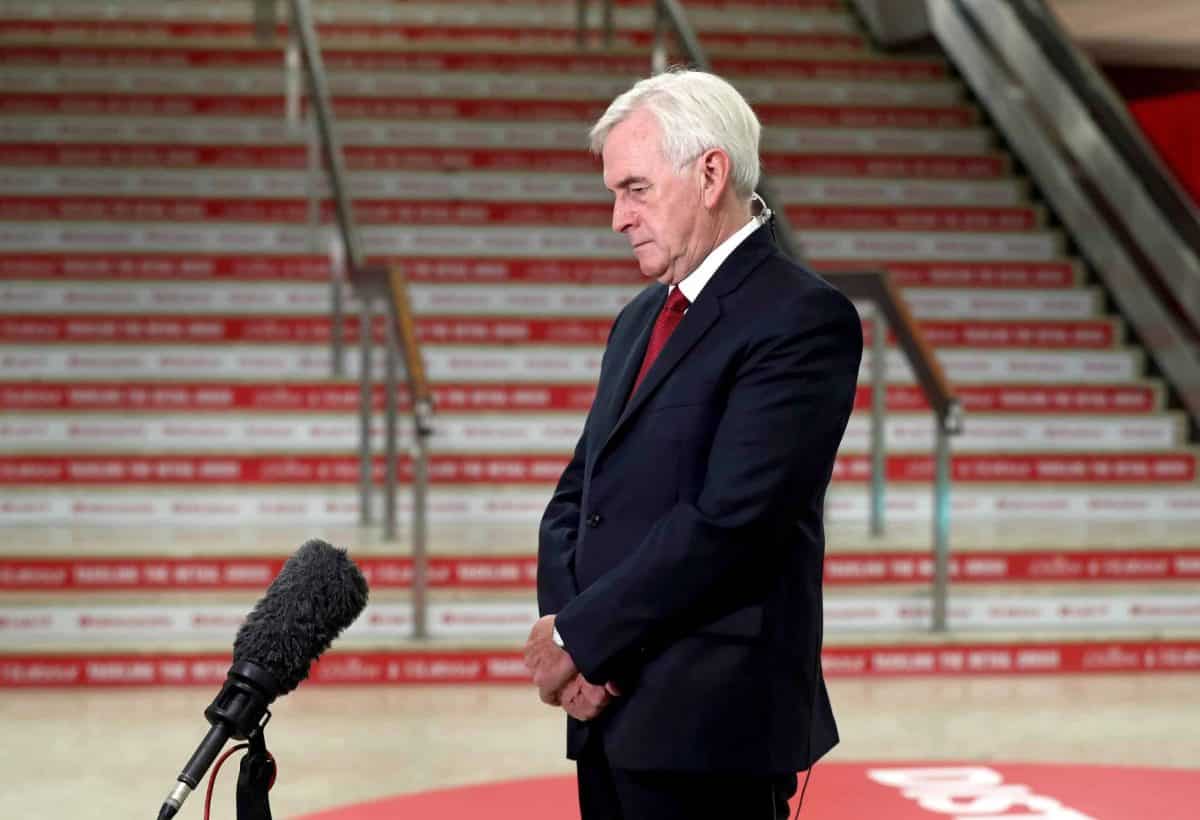 The average working week will be reduced to 32 hours within 10 years under a Labour government, John McDonnell promised.

The shadow chancellor claimed the move to an effective four-day week could be achieved with no reduction in pay for workers.

In his speech at the Labour Party’s conference in Brighton, he said Britons were working some of the longest hours in Europe and promised that would change.

Mr McDonnell said: “We should work to live, not live to work.

“In the 1860s people worked a 65-hour week. Thanks to past Labour governments – but actually mainly thanks to the trade union movement – by the 1970s the average working week had been reduced to 43 hours.

“As society got richer, we could spend fewer hours at work. But in recent decades progress has stalled.

“People in our country work some of the longest hours in Europe,

“Since the 1980s the link between increasing productivity and expanding free time has been broken. It’s time to put that right.

“So I can tell you today that the next Labour government will reduce the average full-time working week to 32 hours within the next decade.

“It will be a shorter working week with no loss of pay.”

The move, which was welcomed by trade unions, will involve setting up an independent Working Time Commission to recommend increases in minimum holiday entitlements.

Collective bargaining will enable trade unions and employers to negotiate how to meet the target in each sector of the economy.

TUC general secretary Frances O’Grady welcomed the commitment and said: “It’s time for working people to share in the benefits of new technology.

“That’s why unions have been arguing for less time at work, more time with family and friends and decent pay for everyone.”

Mr McDonnell also pledged that in-work poverty would be eliminated in the first term of a Labour government.

“We have always believed that getting a job should mean you are lifted out of poverty,” he said.