All the times the health secretary could (and probably should) have resigned. 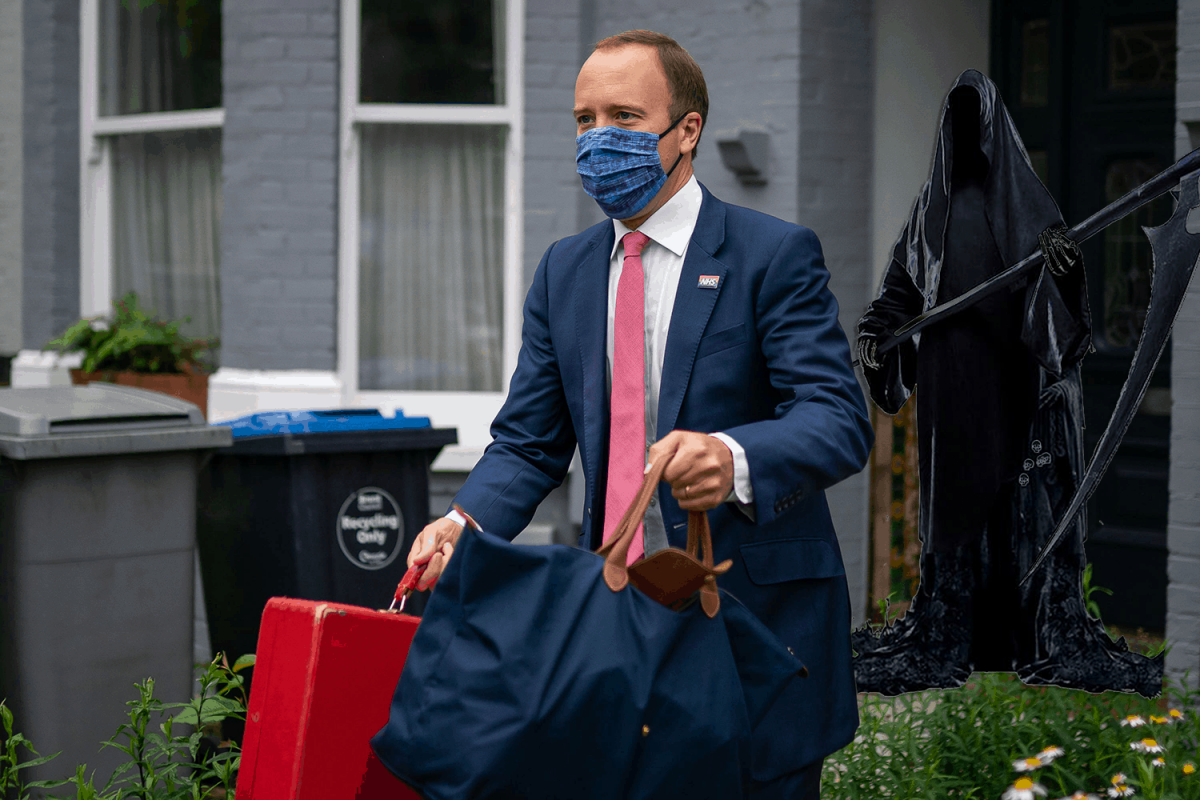 Matt Hancock has quit as health secretary after photographs of him embracing his aide Gina Coladangelo in what appears to be CCTV footage from inside the Department of Health and Social Care (DHSC) emerged.

He has found himself at the centre of a number of controversies during the coronavirus pandemic – even before the exposure of his extramarital affair led to his resignation from the Cabinet.

Following the breach of his own rules as captured on May 6, Mr Hancock announced he would step down in a video shared on Twitter, saying that “those of us who make these rules have got to stick by them and that’s why I’ve got to resign”.

His resignation was also penned in a formal letter to the Prime Minister, to which Boris Johnson wrote back saying he was “sorry” to receive it and that Mr Hancock “should leave office very proud of what (he has) achieved”.

Here is all the other occasions in the past 15 months when the Cabinet minister has found himself in hot water.

The Health Secretary apologised for a “human mistake” after he slapped a colleague on the back in the House of Commons, despite social distancing measures still being in place to curb the spread of coronavirus.

Mr Hancock was forced to deny claims that he broke the Government’s Covid drinking curfew, which was in place last autumn, after reports claimed he stayed drinking in a Commons bar beyond 10pm.

The High Court found that the Government unlawfully failed to publish details of billions of pounds worth of coronavirus-related contracts.

Mr Justice Chamberlain ruled that Mr Hancock had “breached his legal obligation to publish contract award notices within 30 days of the award of contracts” after spending “vast quantities of public money” on procurement in 2020.

The Secretary of State declined to apologise.

“No protection at all”

Labour accused the father-of-three of insulting health professionals after he claimed there was “never” a national shortage of personal protective equipment (PPE) in the early days of the pandemic.

In March 2020, the Royal College of Nursing said that some nurses were sent to treat patients on Covid wards with “no protection at all”.

The Prime Minister’s former aide, Dominic Cummings, used his lengthy appearance in front of the Commons Health and Social Care and Science and Technology Committees to allege that the Health Secretary had lied to the Prime Minister over a promise to test new arrivals into care homes at the outset of the pandemic.

Mr Cummings said he recommended to Boris Johnson on a host of occasions that the former culture secretary should be sacked due to his handling of the crisis.

The senior minister denied the care home allegations but admitted that there were not enough tests available in spring 2020 to test everyone entering residential homes.

The Health Secretary was ruled to have committed a “minor” undeliberate breach of the ministerial code by failing to declare that a family firm in which he held shares won an NHS contract, following a probe by the Prime Minister’s ethics adviser.

Independent adviser on ministerial standards Lord Geidt found that Mr Hancock, 42, should have declared that Topwood Limited, a firm owned by his sister and in which he held 20% shares, was approved as an NHS contractor.

Lord Geidt did not recommend that he resign.

Mr Cummings, who left No 10 last year in a power struggle, published apparent correspondence between him and the Prime Minister in which Mr Johnson appeared to call the Health Secretary “totally f useless”.

The day after images and CCTV footage of father-of-three Mr Hancock canoodling with Ms Coladangelo – married to Oliver Tress, who founded retailer Oliver Bonas – he announced his resignation in video clip and formal letter to the Prime Minister.

This came despite Boris Johnson’s refusal to sack Mr Hancock, with his spokesman saying he considered the matter closed after receiving the West Suffolk MP’s apology on Friday.

But on Saturday, Conservative MPs began to break ranks to call for Mr Hancock to go, with veteran Tory Christopher Chope saying his constituents were “seething”.

Mr Hancock said in his resignation letter: “The last thing I would want is for my private life to distract attention from the single-minded focus that is leading us out of this crisis.

“I want to reiterate my apology for breaking the guidance, and apologise to my family and loved ones for putting them through this. I also need to be with my children at this time.”

In March it was reported that more than 150,000 people have died from coronavirus in the UK.

The figures revealed at least one in three recorded Covid-19 deaths have taken place in the past three months, with 54,445 fatalities officially counted on death certificates in the UK since the beginning of 2021.

It means one in 445 people have died from the virus since the beginning of the pandemic.

Christina Pagel, professor of operational research at University College London, said: “The death toll is not a surprise given the ferocity of the second wave, but you can’t see it as anything other than a failure of public health policy.

“There are countries that have far, far lower death rates, and it wasn’t inevitable. We had more deaths in the second wave than we did in the first wave and that really shouldn’t have been the case.”