The PM's former aide said Sajid Javid's appointment as health secretary is "awful for the NHS". 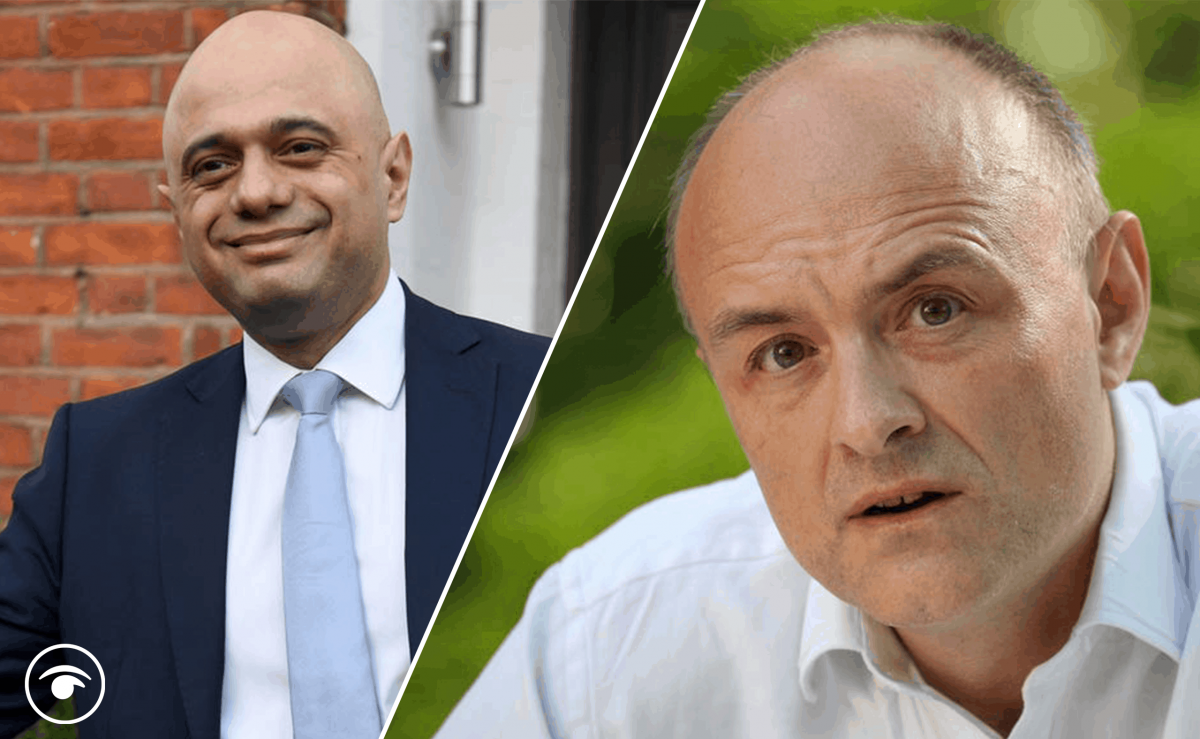 The former chancellor was appointed to the prominent role just 90 minutes after Downing Street announced Mr Hancock had resigned on Saturday evening.

It came the day after video footage emerged of the married then health secretary kissing an aide in his ministerial office in a breach of coronavirus restrictions.

Javid’s appointment marked a return to the top of politics after he abruptly left the Cabinet in shock fashion some 16 months ago.

He was just six months into his role as chancellor, and less than a month away from delivering his first Budget, when he quit after being told to sack all his advisers if he wanted to keep his job.

But in a reversal of fortunes it is Mr Javid who returns to Boris Johnson’s top team, while Mr Cummings hurls criticism from outside Government.

Mr Javid tweeted: “Honoured to have been asked to serve as Secretary of State for Health and Social Care at this critical time.

“I look forward to contributing to our fight against the pandemic, and serving my country from the Cabinet once again.”

Shortly after the tweet was sent out another message from Cummings appeared, indicating that Johnson’s wife Carrie was behind the appointment.

He also claimed that it was he who “tricked the PM into firing” Javid, saying there would have been no furlough scheme and “total chaos” had he remained in the position throughout the pandemic.

His appointment as health secretary was described as “awful for the NHS” because he is a “bog standard” minister who “chases headlines” and “fails”.

So Carrie appoints Saj! NB If I hadn't tricked PM into firing Saj, we'd have had a HMT with useless SoS/spads, no furlough scheme, total chaos instead of JOINT 10/11 team which was a big success. Saj = bog standard = chasing headlines + failing = awful for NHS. Need #RegimeChange