The chief whip said the matter was "serious enough to warrant suspension of the whip with immediate effect". 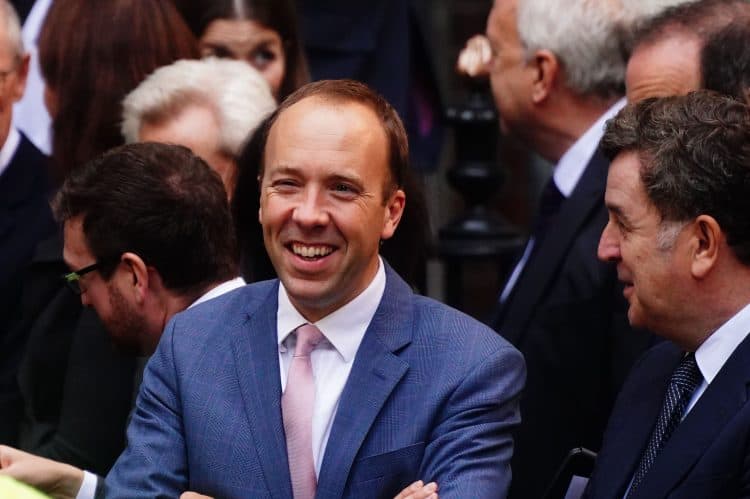 Matt Hancock has been suspended as a Tory MP after he reportedly agreed to take part in I’m A Celebrity… …Get Me Out of Here!

The politician, who had to resign after being caught on camera cheating on his wife during the pandemic, will be the 12th star to go into the jungle, according to Sun reports.

The tabloid claims that Hancock sprung the I’m A Celeb news on stunned Tory colleagues after not getting promoted in Rishi Sunak’s reshuffle late last week.

But it has since backfired, with chief whip Simon Hart confirming that he has been suspended from the party.

He said: “Following a conversation with Matt Hancock, I have considered the situation and believe this is a matter serious enough to warrant suspension of the whip with immediate effect.”