Hancock sprung the I'm A Celeb news on stunned Tory colleagues after not getting promoted in Rishi Sunak's reshuffle late last week. 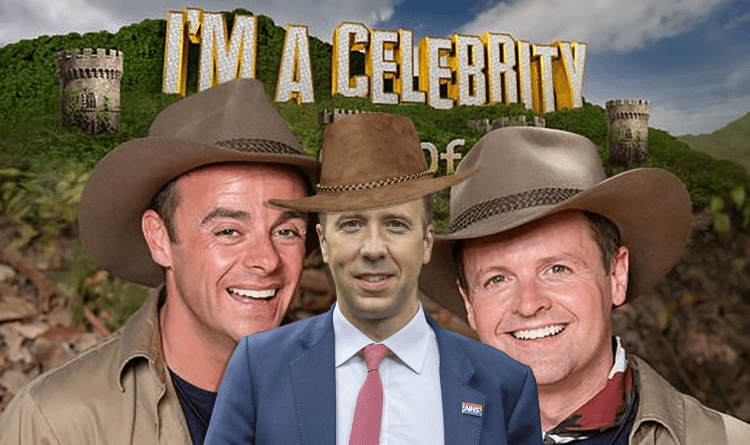 Former Health Secretary Matt Hancock is set to sign up for ‘I’m A Celebrity…Get Me Out Of Here!’

The surprise addition comes after ten campmates were confirmed, reports The Sun.

He will make the appearance down under shortly before his book is launched in December.

Ten celebrities will go into I’m A Celeb this Sunday when the new series starts but Matt, 44, will be one of two latecomers who’ll go into the camp. The other is comedian Seann Walsh, 36.

A source told the publication: “Matt is a sensational signing for the show as producers love a star with a story to tell – and they always hope they’ll spill the beans round the campfire.

“He’s the latest in a long line of figures from the political sphere, including MP Nadine Dorries, Stanley Johnson and MP Lembit Opik.

“There’s been a question mark over who the twelfth campmate would be, partly because negotiations over Matt going in were so top secret. It seems Matt was a last-minute signing.”

The tabloid claims that Mr Hancock sprung the I’m A Celeb news on stunned Tory colleagues after not getting promoted in Rishi Sunak’s reshuffle late last week.

In just a few days time, the ITV series will make its long-awaited return to the jungle in Australia, with celebrities including Mike Tindall, Boy George and Olivia Attwood all set to take part.

The new series of ‘I’m A Celebrity Get Me Out Of Here!’ will begin on Sunday November 6, with a bumper 105-minute episode.

The date is several weeks earlier than the show’s usual slot in mid-November. This is to avoid a clash with this winter’s World Cup, with only the series’ final week overlapping with ITV’s coverage of the tournament.

The series is returning to Australia for the first time since 2019 after two years in Wales because of the Covid-19 pandemic.