Passengers in taxis and private cars are required to wear masks. Any failure to do so can carry a fine of £200 - stretching to £6,400 for repeated breaches. 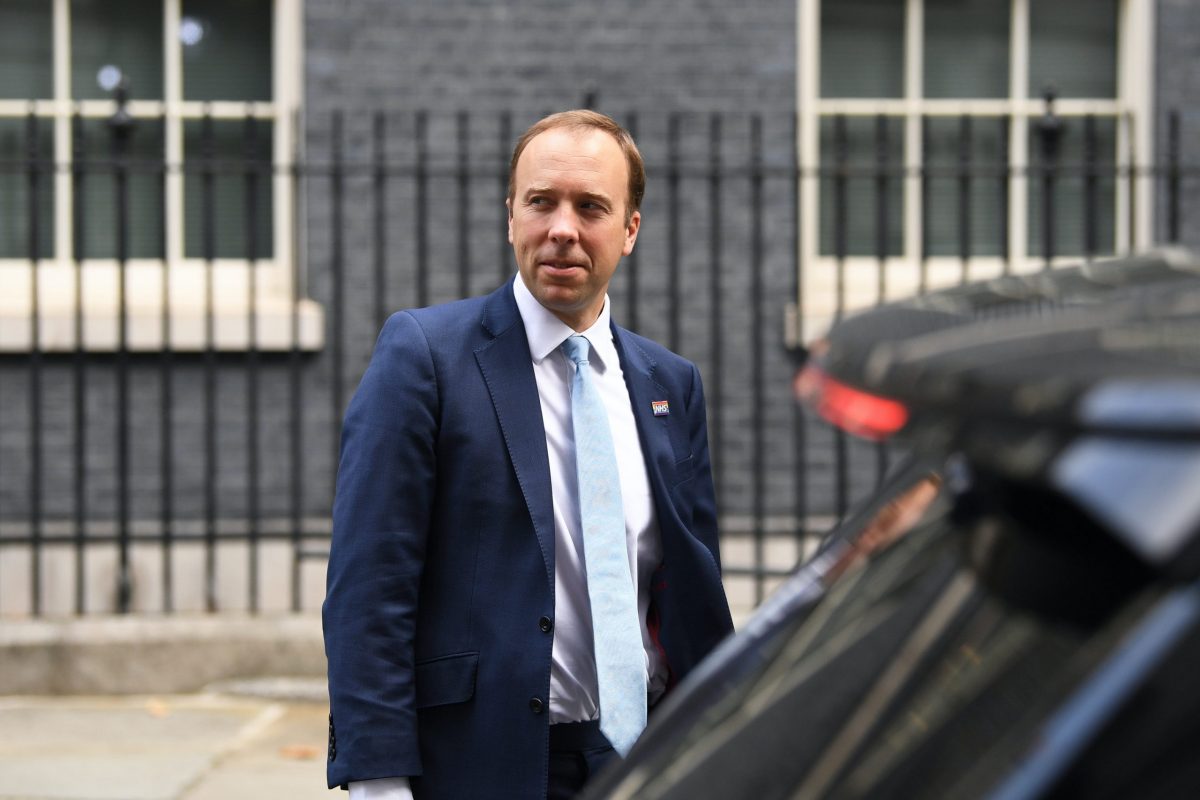 Matt Hancock has been roundly criticised after he was snapped by a photographer not wearing a face mask while travelling in a ministerial car.

Downing Street chastised the health secretary for the error, claiming that ministers had been told to wear face covering in their chaffeur-driven cars after Hancock was spotted without one on a trip to the Department of Health and Social Car on Monday.

It will do little for Hancock’s credibility – he has often been the government figure charged with urging members of the public to obey the rules to stop the spread of coronavirus.

Passengers in taxis and private cars are required to wear masks. Any failure to do so can carry a fine of £200 – stretching to £6,400 for repeated breaches.

Although there is a loophole for chaffeur-driven vehicles, Downing Street has reportedly urged ministers to wear face coverings anyway.

Asked if Hancock would be reprimanded, the Prime Minister’s spokesman said: “I haven’t seen the picture.

“On the general point, we set out at the time that we were making face coverings available in all ministerial cars so that ministers would be able to wear them.”

“The advice was that ministers should wear face coverings and they were made available within the cars which ministers use.”

Hancock is believed to have worn the mask on the journey, before removing it as he approached his destination.