"The face of former PM Theresa May is an absolute picture when Michael Gove tells her British people would be safer from crime and terrorism if the government fails to agree crime and security agreements with EU. She could seen saying “what?!!!!!”" 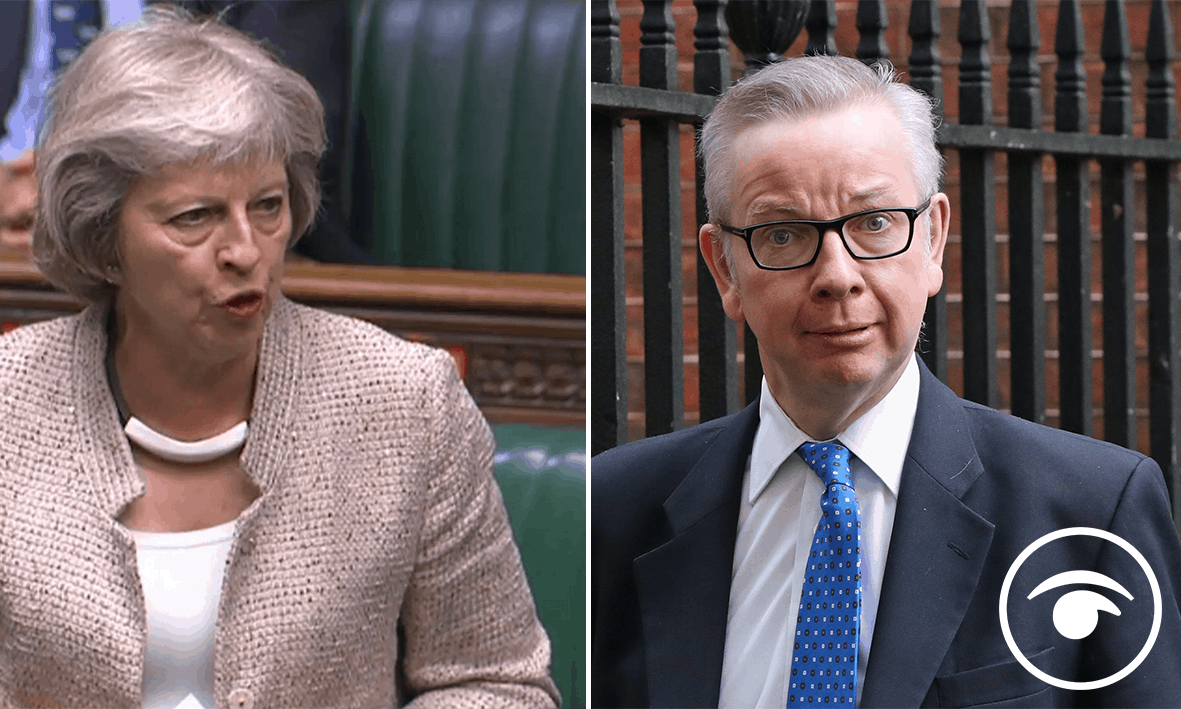 Ex-PM Theresa May is back on the back-benches and making her voice heard over the Brexit deal, an issue that eventually saw the end of her leadership of the country.

Today she poured scorn on Boris Johnson’s post-Brexit security commitments as she warned of the dangers of a no-deal scenario.

The Conservative former prime minister repeatedly said “what?” in disbelief and appeared to mouth “utter rubbish” as Michael Gove outlined how the UK will be expected to boost its security outside the EU.

Cabinet Office minister Mr Gove claimed there are “many, many areas” in which the UK can co-operate “more effectively” to protect its borders after Brexit.

Resigned to no deal

She added: “Will (Mr Gove) confirm that, if the UK walks away with no deal, then our police and law enforcement agencies will no longer have the necessary access to databases, such as PNR (passenger name record), in order to continue to identify and catch criminals and potential terrorists in order to keep us safe?”

Mr Gove said “significant progress” has been made over security co-operation, adding: “But it is the case that the EU are insisting that, before we have access to systems, like the Schengen Information System, we have to accept the jurisdiction of the European Court of Justice – we cannot accept that.

“The second thing I’d say is there are many, many areas in which we can co-operate more effectively to safeguard our borders outside the European Union than we ever could inside, through a variety of methods and arrangements open to us, open to Border Force and open to our security and intelligence services – we can intensify the security that we give to the British people.

“The third thing I’d say to (Mrs May) is that I agree with her: when it comes to everything, security and other matters, no deal is better than a bad deal.”

ITV’s Robert Peston Tweeted: “The face of former PM @theresa_may is an absolute picture when @michaelgove tells her British people would be safer from crime and terrorism if the government fails to agree crime and security agreements with EU. She could seen saying “what?!!!!!””

Related: Watch – Gove NOT embarrassed after watching back ‘we hold all the cards’ Brexit speech