The health secretary ended his 15-year marriage just hours before his affair with Gina Coladangelo was exposed. 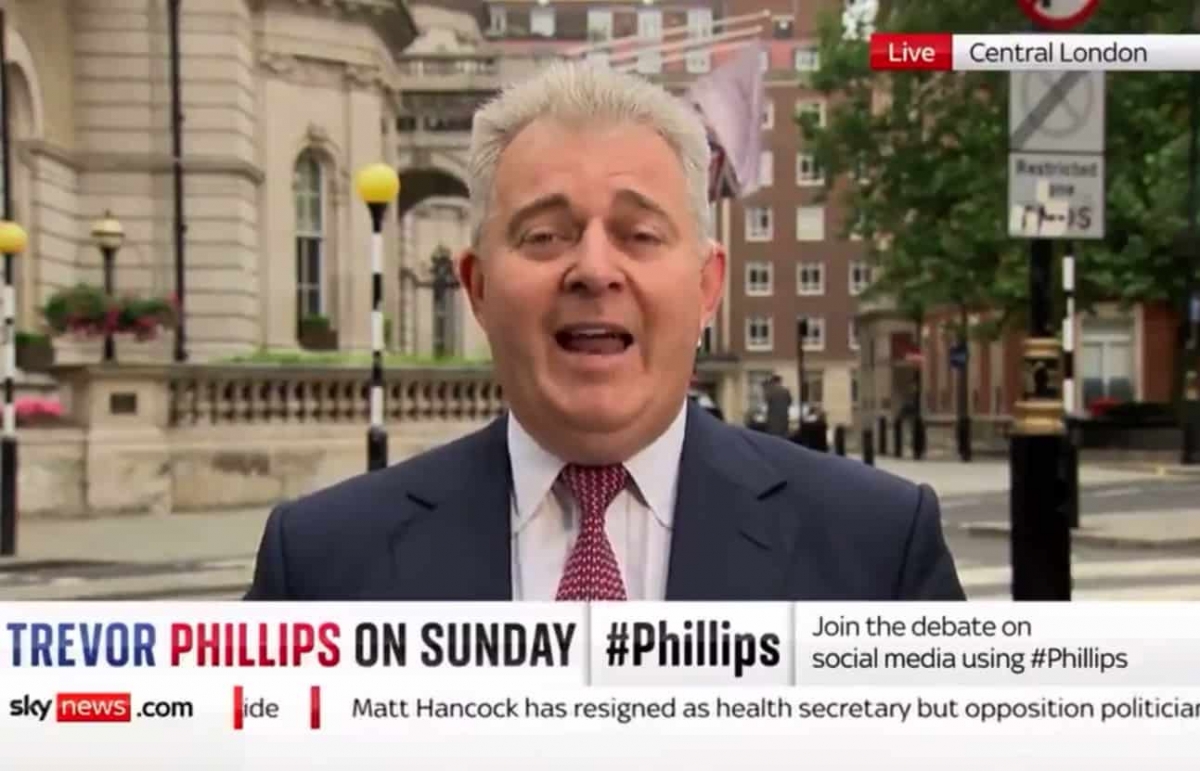 Matt Hancock put his family “and indeed all of us across the UK first” by resigning as health secretary, Brandan Lewis has said.

Speaking to Sky News the secretary of state for Northern Ireland said Hancock’s position had become “untenable and distracting” from the wider work being done by the government after photos and a video emerged of him breaking lockdown rules with his government aide, Gina Coladangelo.

Writing to prime minister Boris Johnson, Hancock said the government “owes it to people who have sacrificed so much in this pandemic to be honest when we have let them down”.

“I want to reiterate my apology for breaking the guidance, and apologise to my family and loved ones for putting them through this.

“I also need to be with my children at this time.”

Hancock left his wife of 15 years for the aide he was pictured kissing at work, it has been reported.

The health secretary’s relationship with Gina Coladangelo is “recent but serious,” according to Sky News’ Beth Rigby.

Martha Hancock, an osteopath with a clinic in Notting Hill, has said nothing publicly about the revelations surrounding her husband’s behaviour.

She is described as very private and has kept a low profile.

The Sunday Times also reported that Mr Hancock had left his family home.

Flowers were delivered to the Hancocks’ London home early on Saturday.

The pink peonies in a glass vase were placed on the front doorstep by a delivery driver just after 10am.

Master of the Universe

Writing in the Daily Mail today, Sarah Vine, the wife of Michael Gove, said the problem with the wife who’s been with you for ever is that she “knows you’re not the Master of the Universe you purport to be.”

She said the problem with top-level politics is that, “inevitably, you start to believe your own hype.

“Ministers are surrounded by people telling them how brilliant they are. Their departments treat them like feudal barons. Their every whim is treated as law. No one ever says No to them.

“They certainly don’t get asked to unload the dishwasher. And after a while, it changes them. It becomes increasingly difficult for anything to compete with the adrenaline of power.

“How can anyone be expected to put the bins out when they’ve just got home from a day saving the world? Domestic life can seem dull and dispiriting by comparison.”