The money saving expert was forced to intervene after the prime minister did the local radio rounds this morning. 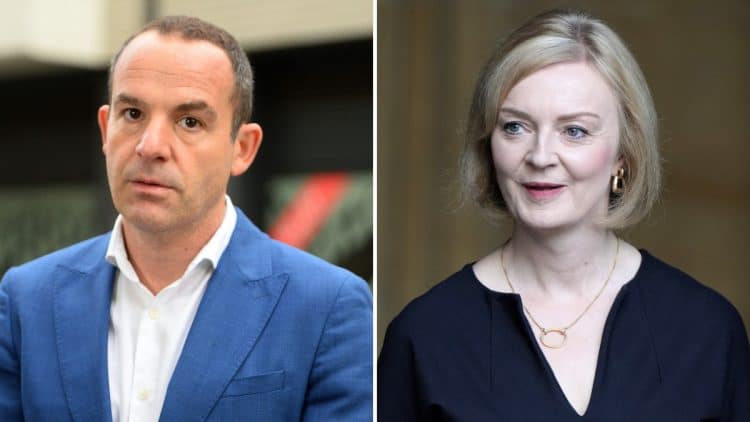 Martin Lewis has been forced to post an urgent correction to Liz Truss’ assurances that no one will pay more than £2,500 on energy bills.

The prime minister did the local media rounds this morning in what has humorously been described as a “operation rolling Partridge” tour.

She was confronted over fracking in Lancashire and her tax-cutting measures in Leeds.

Truss was also pressed on energy bills with the winter around the corner and asserted multiple times during these interviews that the “maximum” amount Britons will pay for their annual energy bills from October will be £2,500 thanks to a Government support package intended to protect consumers from rocketing costs when the price cap shoots up on Saturday.

Speaking to Radio Leeds Ms Truss said: “The action we’ve taken on energy bills will mean that…people living in West Yorkshire aren’t going to be facing energy pills of £6,000, which is what was forecast. The maximum will be £2,500.”

She went on to tell Radio Leeds that, by stepping in the Government had made sure that “nobody is paying fuel bills of more than £2,500”, before reiterating this claim several more times, including on Radio Nottingham, where she said that the support announced would ensure “people across this country are not facing energy bills of more than £2,500”, though the Prime Minister eventually inserted the caveat that this figure applied to “typical” household bills.

The new cap coming into effect on Saturday, like previous caps imposed by the regulator Ofgem, does not limit the overall amount utility companies can charge households. Rather, it limits standing charges – the fixed daily amount utility companies charge customers regardless of how much power they and unit rates – the price-per-unit of the gas and electricity you use.

However, many households will exceed “typical” usage and will be billed significantly more than the capped figure.

Her suggestion that there is a hard cap on bills will cause confusion and could mean many billpayers are left with the impression that they can use unlimited energy for £2,500, he said.

He added: “The reason it is so important not to communicate that there is a £2,500 cap is it risks some people, possibly vulnerable elderly people, thinking they can keep the heat on max all winter, and they won’t pay more than a certain amount.”