"Do you know actually where they have been fracking?”, she was asked by BBC Radio Lancashire during a gruelling interview. 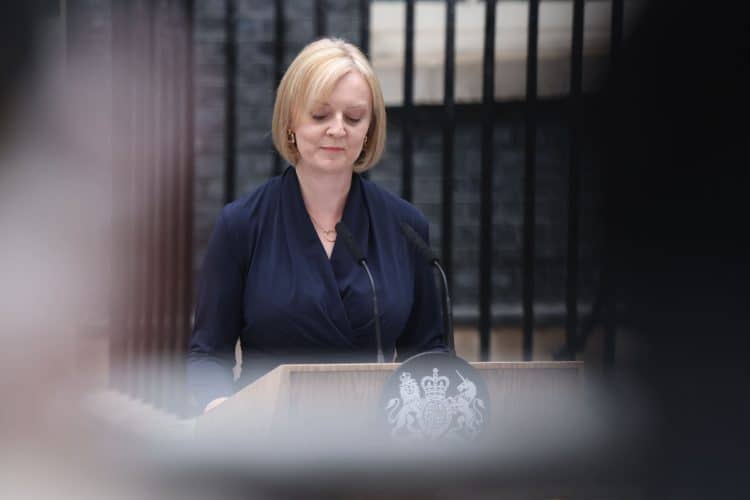 Liz Truss came out of hiding to embark on an “operation rolling Partridge” tour of local radio stations across Britain.

The prime minister insisted the Government’s tax-cutting measures are the “right plan” in the face of rising energy bills and to get the economy growing despite market turmoil sparked by the Chancellor’s mini-budget.

The Prime Minister told BBC Radio Leeds: “We had to take urgent action to get our economy growing, get Britain moving and also deal with inflation.”

It comes after the Bank of England announced it was stepping in to buy up to £65 billion worth of government bonds – known as gilts – at an “urgent pace” after fears over the Government’s economic policies sent the pound tumbling and sparked a sell-off in the gilts market, which left some UK pension funds teetering on the brink of collapse.

But any hopes that she might be given an easy ride were quickly quashed after she crumbled under questioning from BBC Radio Lancashire’s Graham Liver.

Challenged on the government’s plans to resume fracking, Truss insisted that no projects would go ahead without local people giving their consent.

Asked what that would look like, Truss said: “Well … the … the energy secretary will be laying out in more detail exactly what that looks like, but it does mean making sure there is local support for going ahead.”

Graham Liver interjected: “It sounds like you don’t know.”

Truss said: “Well there are various detailed issues to be worked through, but I can assure [local Tory MP] Mark Menzies I will ensure there is local consent if we are to go ahead in any particular area with fracking.”

Later in the interview, the presenter said: “You talked about how it was a success in other countries, but in America they do it in the middle of nowhere. Do you know actually where Preston New Road is, where they have been fracking?”

After a pause, the PM replied: “Well I … I don’t think I’ve been to that site in the past.”

Graham Liver then asked: “Shouldn’t you?”

Following another awkward silence, Truss eventually said: “As I’ve said. we will only go ahead with projects where there is local consent. I’m very, very clear about that. We will make sure that local consent is in place.”