Dominic Jonson has donated £338,391 to the Tories and runs Somerset Capital, a company worth $7 billion, with Rees-Mogg. 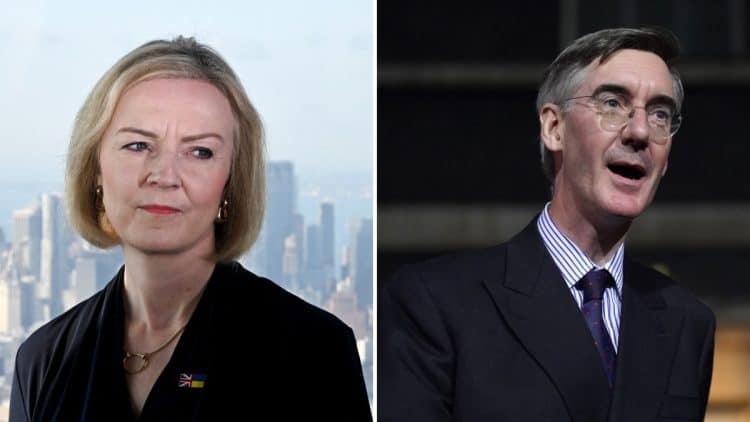 Liz Truss has quietly appointed Tory donor Dominic Johnson as Minister of State in the department of trade.

The financier, who founded investment firm Somerset Capital with Jacob Rees-Mogg, has donated £338,391 to the Tories between 2006 and 2021.

An announcement was subtly leaked on the government website on Sunday morning.

It read simply: “Dominic Johnson CBE was appointed a Minister of State jointly in the Department for International Trade and the Cabinet Office on 2 October 2022.”

Johnson will be given a peerage in the House of Lords, which is currently under consideration by King Charles.

A note at the bottom of a lengthy list of appointments made following the installation of Truss’s new government reads: “His Majesty has also been pleased to signify His intention of conferring a peerage of the United Kingdom for Life on Dominic Johnson CBE.”

According to The Times, Johnson was the second choice for the role, with Sir Nigel Wilson, the longstanding chief executive at Legal & General, turning down the position.

The 65-year-old was reportedly content to stay in his current position rather than joining the UK Government.

But Johnson, who has been a non-executive at the Department of International Trade since November 2020, was happy to take on the position amid the economic crisis caused by Chancellor Kwasi Kwarteng’s disastrous mini-budget.

It is not clear exactly what Johnson’s role will be, but it is thought to be minister for investment.