"Thirty five per cent of the additional money we are borrowing is for unfunded tax cuts, cutting taxes for the wealthiest is a display of the wrong values." 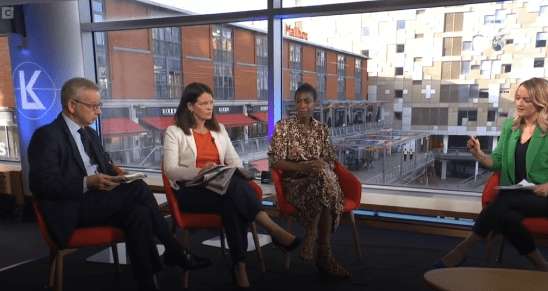 He told Sunday with Laura Kuenssberg on BBC One: “This is a time of profound uncertainty and concern for people across the country. We’re in grim economic circumstances, people are facing the prospects of their mortgages rising, people are looking to Liz and Kwasi and they want reassurance.

“There were a number of mistakes made last Friday in the fiscal event, the mini-budget, but there is room and time to address them and to correct them. That’s the challenge this week.”

“Thirty five per cent of the additional money we are borrowing is for unfunded tax cuts, cutting taxes for the wealthiest is a display of the wrong values.”

Liz Truss admitted she could have “laid the groundwork” better for the plans outlined in the Government’s mini-budget, which sparked market volatility.

“I’m afraid there is an issue that interest rates are going up around the world, and we do have to face that,” she said on the BBC’s Sunday with Laura Kuenssberg.