Sir John because the second former to hit out at the move, after Theresa May voted against a three-line Tory whip for the first time in 25 years. 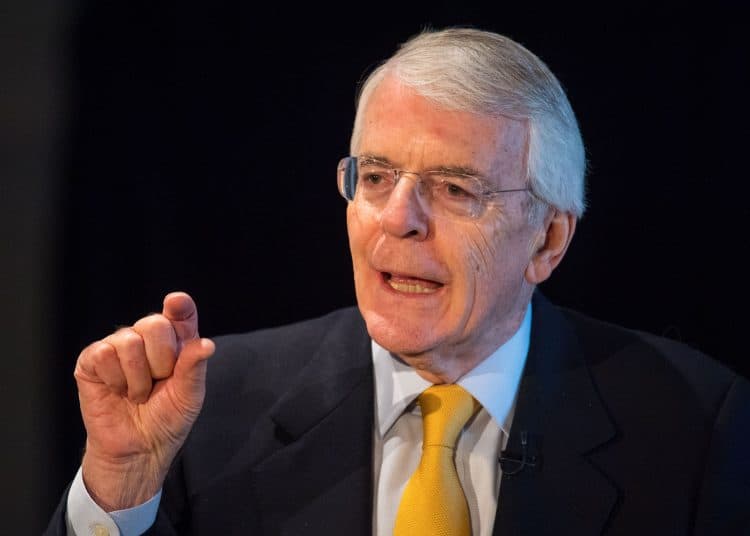 Sir John because the second former prime minister to hit out at the move, after Theresa May voted against a three-line Tory whip for the first time in 25 years during a Commons vote on Tuesday.

MPs voted by a majority of 35 to back the reduced level of aid funding and a new test which critics have warned could mean spending never returns to its target of 0.7 per cent of gross national income.

Speaking in the Commons, Johnson said the UK’s public finances are under a “greater strain than ever before in peacetime history”, adding: “Every pound we spend on aid has to be borrowed and, in fact, represents not our money but money that we’re taking from future generations

But May said the cut meant the government “turns its back on the poorest in the world”.

“This isn’t about palaces for dictators and vanity projects, it’s about what cuts to funding mean – that fewer girls will be educated, more girls and boys will become slaves, more children will go hungry and more of the poorest people in the world will die,” she said.

“More of the poorest people in the world will die.” @Theresa_May votes against the government’s international aid cut, rebelling against a three-line whip for the first time in her life. pic.twitter.com/Wfni1EfFUc