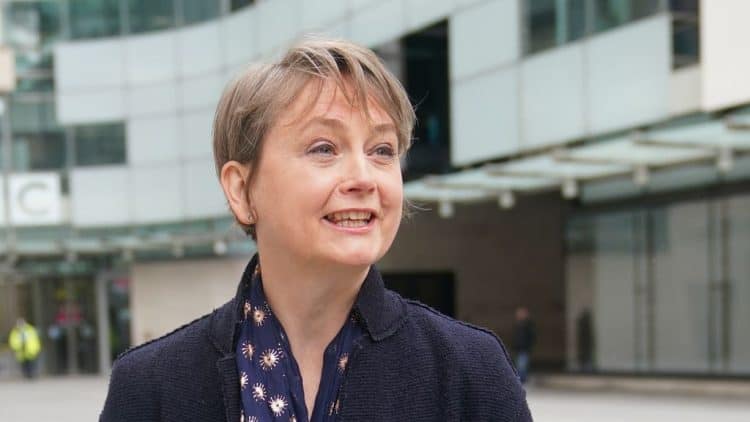 Yvette Cooper returns to Labour’s frontbench as Sir Keir Starmer carried out a wide-ranging reshuffle of his top team.

Ms Cooper, a former cabinet minister and the current chairwoman of the Commons Home Affairs Committee, becomes shadow home secretary and will take on Priti Patel over the migrant crisis.

Jonathan Ashworth, who has had the health brief through the pandemic, is moved to shadow work and pensions secretary.

In other moves, Lisa Nandy will face off against Michael Gove as shadow secretary for levelling up and communities. She will be replaced as shadow foreign secretary by David Lammy.

“With this reshuffle we are a smaller, more focused shadow cabinet that mirrors the shape of the Government we are shadowing,” Sir Keir said.

“We must hold the Conservative Government to account on behalf of the public and demonstrate that we are the right choice to form the next government.”

Earlier it appeared the reshuffle would be overshadowed as tensions resurfaced between Sir Keir and his deputy, Angela Rayner.

Ms Rayner appeared to be blindsided when news of the reshuffle broke, as she was delivering a keynote speech on Labour’s plans for reforming standards in public life.

“I don’t know the details of the reshuffle or the timing of it,” she said in response to reporters’ questions.

“I’ve been here concentrating on my role now, but six months ago I said again, we need some consistency in how we’re approaching things as an opposition.”

A spokesman for Ms Rayner later said the leader and his deputy had spoken between her morning round of media interviews and her speech at the Institute for Government (IfG).

Nick Thomas-Symonds, who was shadow home secretary, takes on international trade in what is ostensibly a demotion.

However Sir Keir softened the blow by announcing that he had asked him to head a new shadow cabinet committee leading the party’s response on Brexit.

Earlier, Cat Smith, who was shadow minister for young people and one of the last acolytes of Jeremy Corbyn on the Labour frontbench, announced she was quitting, citing the continued withholding of the Labour whip from the former leader.

“This position is utterly unsustainable and it is important that you truly understand how much damage this is causing in constituency Labour parties and amongst ordinary members, a number of whom are no longer campaigning.” she wrote in her letter of resignation.

In a statement, Sir Keir said: “I want to thank all those who have left the shadow cabinet today for their great service to me and to our party.

“I look forward to working with the new team to show we are once again a serious party of Government, ready to fix the mess the Tories have got the country into and to inspire voters to believe that Britain’s best days are ahead of us.”

Lisa Nandy – shadow secretary for levelling up and communities.