John McDonnell highlighted the scale of inequality in the UK, saying an estimated 135,000 children will be homeless on Christmas Day. 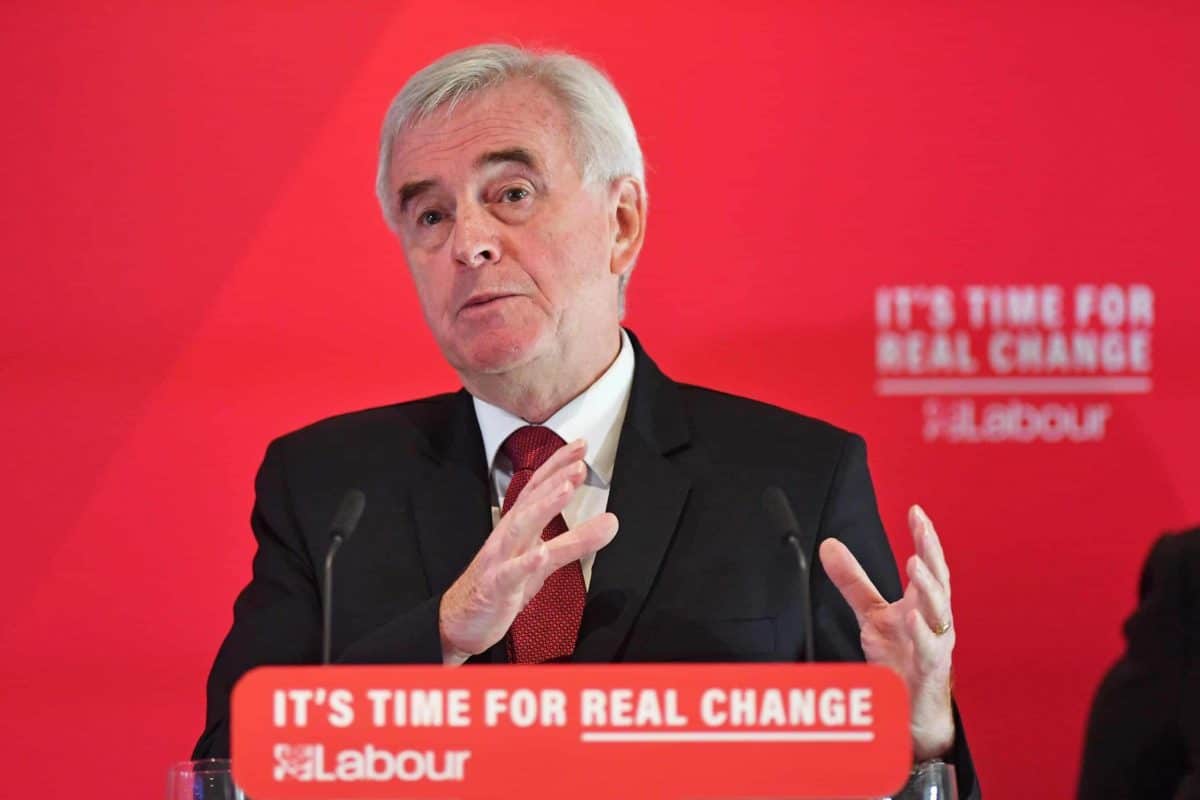 Shadow chancellor John McDonnell said Labour is committed to abolishing poverty “once and for all”, as the party criticised the Tories for creating a “cost-of-living crisis”.

Labour research alleges that the Conservatives have cost families nearly £6,000 a year by failing to curb rising bills.

In contrast, Labour says its plans to nationalise key utilities and increase wages will make households nearly £7,000 better off each year if it wins the December 12 General Election.

Mr McDonnell highlighted the scale of inequality in the UK during a speech in Birmingham’s Park Regis hotel on Wednesday, noting that it was three weeks to Christmas Day on which an estimated 135,000 children will be homeless.

“Children going hungry and homeless in the fifth largest economy in the world begs the question: are we really living up to the values of Christianity – or any other of our religions or beliefs for that matter?

“We don’t believe it’s enough to offer people a hand-out or hand up out of poverty. We want to abolish poverty once and for all within our society.”

Taking questions from the press, Mr McDonnell said Labour’s spending plans are not “rocket science” and are “based in very common-sense economics”, before he resumed the festive theme.

“If you look at the proposals we’ve put forward, each of them detailed research objectively assessed, in that way it’s not about Father Christmas or make-believe, it’s about hard-nosed economic policy-making,” he said.

The Tories said Labour’s claim that it would reduce living costs “defies belief” and accused the party of standing on a manifesto containing tax hikes for “ordinary hard-working people”.

According to Labour’s maths, the Conservatives have cost the average household £5,949 every year since 2010 because of rising bills and falling wages.

The party says its plan for “real change” would save £6,716, including £2,941 on childcare per child by expanding free care.

Labour says £2,194 would be saved on a pair of train season tickets by bringing the railways under public ownership and £559 on utility bills by nationalising energy companies and upgrading homes.

It is also pledging that its plan to give free full-fibre internet with a nationalised broadband service would save £364 a year compared with a £204 increase under the Tories.

Other plans include raising the minimum wage to £10 an hour for everyone aged 16 and above, which Labour says would give the average over-25 a £3,444 pay rise.

Conservative Treasury minister Rishi Sunak said: “It defies belief that Corbyn’s Labour are claiming they would reduce living costs at the same time as standing on a manifesto containing tax rises which would hit ordinary hard-working people across the country.

“Their spending plans would cost everyone £2,400 every year – that’s equivalent to a month’s pay for most people.”

Despite Labour claiming only the top 5% would see tax rises under its plans, the Tories have pointed out that low-earners would be affected by plans including the end to the marriage allowance, costing up to £250 yearly.

Mr McDonnell highlighted a report from housing charity Shelter which suggested that 135,000 children will be living in temporary accommodation on Christmas Day, and Equality Trust analysis saying the UK’s six richest people control as much wealth as the poorest 13 million.