Rachel Reeves said the Chancellor's Budget was "loading the burden" on working people. 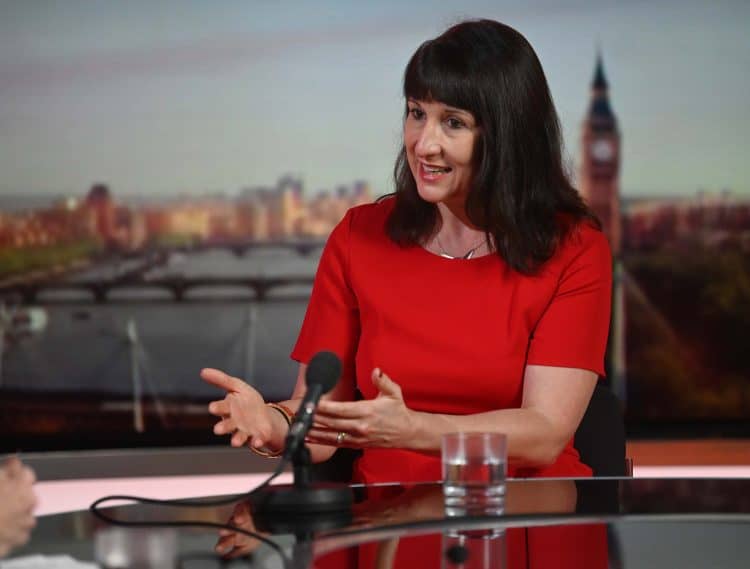 Struggling families will believe Rishi Sunak is “living in a parallel universe” following his Budget, Labour has said.

Rachel Reeves accused the Chancellor of “loading the burden” on working people as a result of his “economic mismanagement”, “unfair” tax system, and “wasteful spending”.

Never has a Chancellor asked the British people to “pay so much for so little”, Reeves added.

Speaking in the Commons, the shadow chancellor – deputising for Labour leader Sir Keir Starmer after he tested positive for Covid-19 – said: “Families struggling with a cost-of-living crisis, businesses hit by a supply chain crisis, those who rely on our schools and hospitals and our police – they won’t recognise the world the Chancellor is describing.

“They will think he is living in a parallel universe.”

She added: “The Chancellor in this Budget has decided to cut taxes for banks.

“So at least the bankers on short-haul flights sipping champagne will be cheering this Budget today.”

And the IPPR think-tank said Sunak’s “piecemeal” spending announcements masked a failure to invest enough in the UK’s recovery from Covid, levelling up and the drive for net zero.

“And who is going to pay for it? It is not international giants like Amazon, no, the Chancellor has found a tax deduction for them.

“It is not property speculators, they already pocketed a stamp duty cut, and it is clearly not the banks, even though bankers’ bonuses are set to reach a record high this year.

Instead, she argued, people are getting in return a “record NHS waiting list with no plan to clear it”, adding: “No way to see a GP and still having to sell their homes to pay for social care. Community policing nowhere to be seen, a court backlog leaving victims without justice and almost every rape going unprosecuted.”

Reeves went on: “Working people are being asked to pay more for less, for three simple reasons: economic mismanagement, an unfair tax system, and wasteful spending.

“Each of these problems is down to 11 years of Conservative failure. They shake their heads, but the cuts to our public services have cut them to the bone.

“And while the Chancellor and Prime Minister like to pretend that they’re different, this Budget today will only make things worse.”

Reeves welcomed the increase in the minimum wage but said the government needed to go “further and faster” and should have moved to a rise of at least £10 an hour.

She welcomed the end of the “punitive” public sector pay freeze, but said: “We know how much this Chancellor likes his smoke and mirrors so we’ll be checking the books to make sure the money is there for a real-terms pay rise.”

‘Failed to reset the economy’

Reeves welcomed the reduction of the Universal Credit taper rate from 63p to 55p but warned working people receiving the benefit “still face a higher marginal tax rate than the Prime Minister”.

She added: “Those unable to work through no fault of their own still face losing £1,000 a year.”

Carys Roberts, IPPR executive director, said: “The Chancellor was right to make the case for a new economy, but he failed to set out a plan that would actually deliver the high-wage, high-skill and high productivity economy he wants to create. Sunak says he wants to level up the country and deliver a net zero economy, but today we saw neither the money nor the policy ambition to make this a reality.

”Despite his rhetoric and a flurry of piecemeal spending announcements the Chancellor’s overall package reveals his reluctance and real failure to invest enough in achieving his stated aims.

“This should have been a moment to secure a strong, long-term recovery and a fairer economy with a major stimulus package focused on green industries, fixing the care crisis and redressing a decade of underinvestment in public services.

“This budget failed to reset the economy and put it on track to a more prosperous, low carbon and fair future.”