Labour needs to ‘get a spine’ and stand up for workers, Unite chief says 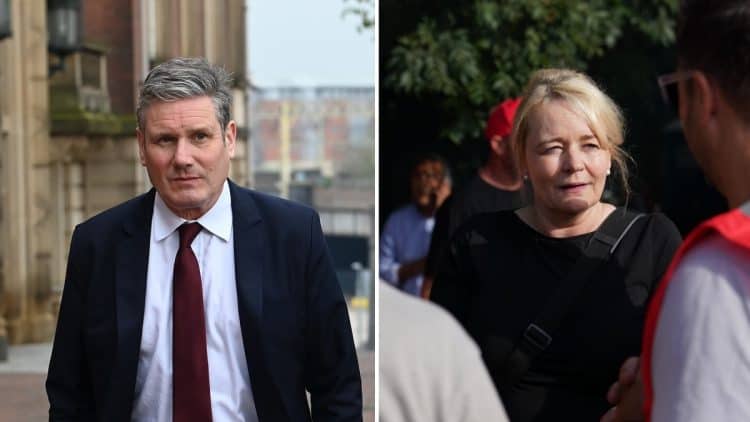 Labour needs to “get a spine” and stand up for working people, the general secretary of the Unite union has said.

Sharon Graham believes the party needs to provide ” a strong message” and do more to back workers seeking pay rises as employers make big profits.

She told Broadcasting House on BBC Radio 4: “I think that if they came out now strongly and said `hang on a second, these abhorrent profits that are going on and what’s happening with the cost of living, this is what we think should happen’ – then I think they would very much get elected.

“From my point of view, I think we are doing Labour a favour actually by saying `look, get a spine, stick up for workers’.

“I tell you right now, I think people want a strong message.”

Her comments come amid weeks of worsening industrial relations and accusations from union officials that the Government is doing little or nothing to help workers struggling with mounting bills.

Strikes or ballots for industrial action, which look like they may stretch into the autumn, have been called across various sectors in what the unions have described as a “summer of solidarity” in a growing drive for pay rises in the face of the cost-of-living crisis.

Ms Graham said that the Labour Party was formed to be the voice of workers in parliament and the goalposts have changed.

“There isn’t really a very strong voice for workers in parliament currently,” she told the programme, adding “it is more likely they (Labour) would get elected more if they spoke up for  workers more”.

She said large profits are being made at Felixstowe docks, Suffolk, the UK’s biggest container port, where workers this month launched the first strike to hit the site since 1989.

It involves a walk out of about 1,900 members of Unite at Felixstowe, which handles around four million containers a year from 2,000 ships, in a dispute over pay.

Ms Graham told the programme “you cannot defend workers by being silent” and neither Labour or the Conservatives appear to be aware of “how bad it is for people out there”.

She added: “People keep talking about making a choice between heating and eating – they won’t be able to do either.”

Pat McFadden, Labour’s shadow chief secretary to the Treasury, said he did not support a general strike but understands why people are pressing for pay increases.

He told Sky News: “Our call on Government ministers would be to stop being an absent Government and to help resolve these disputes to ensure that people get a decent pay rise, but to do that around the negotiating table.

“Nobody wants to see industrial action but it is understandable why people at work want a decent pay rise given the inflationary pressures that they’re feeling right now.”

Whoever becomes the next prime minister should not overlook the fact that the public has a sense of fairness which may even have been strengthened during the pandemic, according to Ms Graham.

She told Broadcasting House: “Most people would think `I don’t think it’s fair that there’s abhorrent profit and people are being asked to take a real-terms pay cut’.

“Workers should not have to pay for the pandemic. If that was the strapline, I think we would be in a much fairer place.”