The man who once said concentration camps had “swimming pools and cinemas” was interviewed as a “political commentator” on declining birthrates. 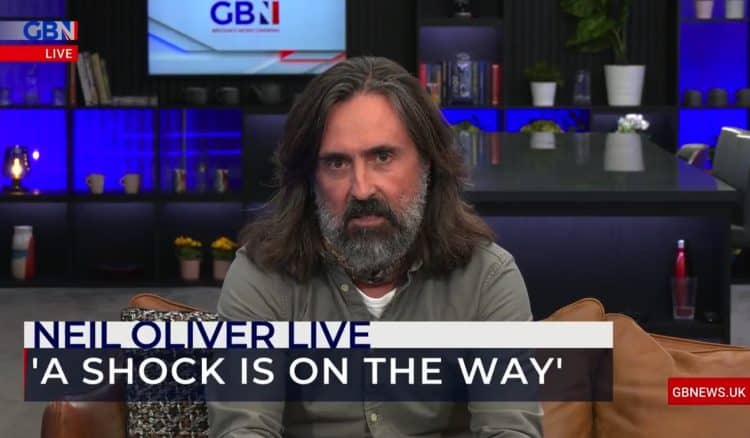 GB News has provoked outrage after it interviewed a far-right vlogger on Saturday night.

Presenter Neil Oliver talked to Peter Imanuelsen – AKA Peter Sweden – on the topic of population decline in the West.

According to the Jewish Chronicle, Imanuelsen was once a Holocaust denier who tweeted in 2016 that “the Holocaust is a lie.”

He later said that he no longer holds those beliefs, saying Holocaust denial was a view “long left behind me”.

He added: “My views now are very different and I strongly regret things I have said when I was young.”

The year before, he had tweeted: “The claim that six million jews were gassed seem highly unprobable[sic]. The concentration camps didnt have the facilities for that.”

A spokesperson for Campaign Against Antisemitism said: “It is extraordinary that GB News would platform someone who has allegedly propagated Holocaust denial and repugnant conspiracies about Jews.

“This is, at best, a monumental vetting failure that should give the channel pause about where it looks for some of its guests. “GB News was right to delete the video, but we and the general public still expect an apology from the station.”