Starmer said Johnson has spent the last few years “cosying up to people who don’t have Britain’s interests at heart and courting the idea that he is Britain’s Trump”. 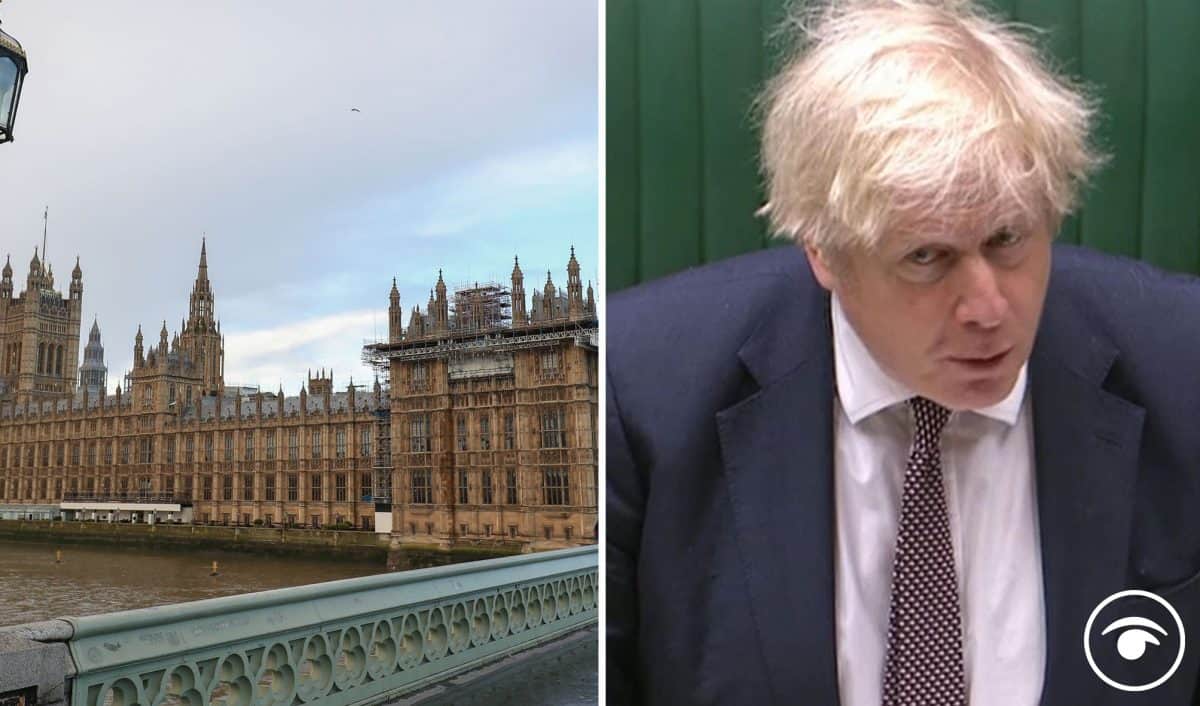 The Labour party currently has a four-point lead over the Conservatives (41% vs. 37%), their joint highest lead since the 2019 election according the Opinium’s latest poll.

This is largely due to the fact 22% of those who voted Conservative in 2019 now being undecided about how they would vote – rather than opting to vote for Labour. In comparison, 9% of 2019 Labour voters are now unsure how they would vote.

In addition, less than a third (29%) think Boris Johnson makes the best prime minister, his lowest score on record. Johnson has also recorded his lowest net approval since the election at -15 (34% approve, 49% disapprove). However, Keir Starmer has also seen a drop in his ratings, with his net approval falling from +15 to +10 (37% approve, 27% disapprove). Starmer fares only slightly better than Johnson when it comes to making the best prime minister, with just 32% thinking he is the best candidate.

More than half (51%) think the government is underreacting in its response to the virus, a 7 percentage point increase from last week. Furthermore 75% don’t think the Conservative government reacted quickly enough, the highest number on record. Even 60% of those who voted Conservative at the last election do not think they have reacted fast enough.

Almost three-quarters (72%) think the current situation is worse than last spring, however 55% believe the current rules are looser, and 60% think people are complying less with them.

Half (51%) now think takeaway coffee shops should close, and 61% think the same about nurseries. A majority also think there should be a “ban on people walking or exercising with anyone from outside their household” (53%) and that “click and collect should be suspended for all but essential shops” (55%).

Adam Drummond, Head of Political Polling, comments: “In public opinion, the worsening Covid case load is outweighing the initially successful rollout of the vaccine. Even though the public approve of the government’s handling of the vaccine by 47% to 23%, the government’s overall approval numbers are among the worst recorded in the pandemic. Voters think the current situation is worse than last spring but that the government and their fellow citizens aren’t taking it seriously enough.

However, the complicating factor is the two to three week lag time between new lockdown measures being brought in and the effects of those measures being felt in the number of cases. If we are still feeling the effects of social mixing at Christmas, it is very possible that our next poll could be more positive for the government as the effect of the January lockdown becomes visible in the case load and the vaccine rollout continues successfully.”

Sir Keir Starmer is to set out his “optimistic” vision for a wide-ranging new relationship with the United States under Joe Biden.

As the President-elect prepares for his inauguration on Wednesday, the Labour leader will declare himself to be “pro-American but anti-Trump”.

In a keynote address to the Fabian Society conference on Saturday, he accused Boris Johnson of getting too close to the outgoing president.

He said the Prime Minister has spent the last few years “cosying up to people who don’t have Britain’s interests at heart and courting the idea that he is Britain’s Trump”.

In contrast, he will said that under a Labour government, Britain will seek to act as a “moral force for good in the world” after “a decade of global retreat” under the Conservatives.

He will draw on the examples of the work done under former Labour prime ministers Tony Blair and Gordon Brown to urge Mr Johnson to use this year’s hosting of the G7 summit to bring countries together to rebuild after the pandemic.

“We need to seize this chance to lead again, just as Blair and Brown did over global poverty and the financial crisis,” he will say, according to advance extracts of his speech.

Sir Keir said he is “incredibly optimistic” about prospects for building a new relationship with the Biden administration, arguing that the UK is at is strongest when it is “the bridge between the US and the rest of Europe”.

“This isn’t a normal transition of power from one president to another. The pictures on our TVs in the last few weeks make that clear. The US is more divided than at any time I can remember,” he will say.

“Amid all that, this is a moment of huge optimism, of hope winning out over hate. And it can also be a turning point. Not just in America but also for Britain’s relationship with the US and for global politics.”

At the same time the Labour leader said he will look to build a “close economic relationship” with the EU rooted in shared values with high standards and protections for businesses, working people and the environment.

“Of course, Boris Johnson will never do that, he wants something completely different from Brexit. And we’re already seeing that workers’ rights are at risk, the 48-hour week and the working time directive could be ripped up,” he said.

Related: ‘Previously booming businesses have been left to rot’ due to ‘poor Brexit deal’