Keir Starmer said there is "growing concern about the links between the Conservative Party and Russian money." 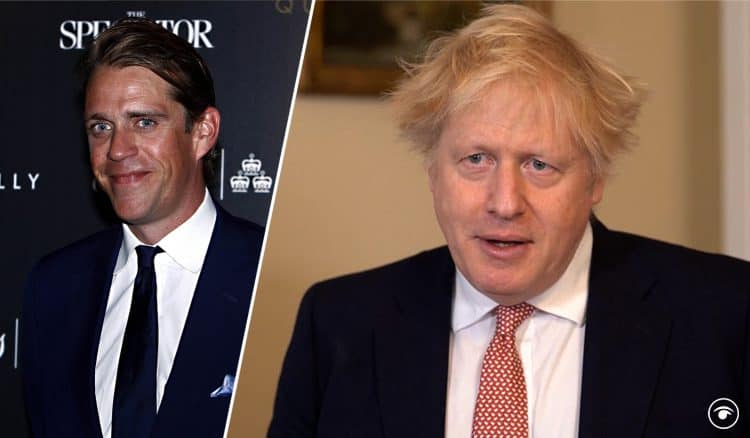 Conservative fundraiser and co-chair Ben Elliot should be sacked for his role in links between the Tories and Russian money, Sir Keir Starmer has said.

The Labour leader, speaking during a visit to Birmingham Erdington, said if Mr Elliot – who is the nephew of the Duchess of Cornwall – did not step back from his role, the Tories should sack him.

In a letter to the Prime Minister, Labour’s chair Anneliese Dodds echoed the calls.

Mr Elliot, who co-founded luxury concierge service Quintessentially, has been under the spotlight after it was reported he set up the so-called “advisory group” of party donors, some of whom have links to Putin’s regime.

Labour claimed that until recently Quintessentially also promoted the work of its dedicated Moscow office in “providing luxury lifestyle management services to Russia’s elite and corporate members” on its website, including helping with the best schools, properties and Russian-speaking nannies.

In 2013 Mr Elliot told the Gentleman’s Journal this was “due to the influx in Russian-speaking clients coming into London”.

But this page has since disappeared.

Sir Keir said: “I think there is growing concern about the links between the Conservative Party and Russian money.

“Ben Elliot is at the heart of that. We need to strip Russian money away from our politics, not to allow it to influence our politics.

“There will always be this danger if the Conservative government doesn’t go really hard on this that people will say it must be because you are reliant on Russian money that you are not going more quickly.

“So, it’s in everybody’s best interests that Ben Elliot steps back from his role – and I think he should actually be sacked from it.”

“You have sat idly”

In her letter to Boris Johnson, Ms Dodds said: “You appointed Ben Elliot co-chair of the Conservative Party. You have allowed him to blur the lines between private business activities with Putin-linked oligarchs and his public responsibilities.

“You have sat idly by while Mr Elliot has overseen a party fundraising operation that has seen almost £2 million pounds in donations from people with links to Putin’s murderous regime flood into Tory coffers since you became Conservative Party leader.

“And you have failed to explain to the British people why the Conservative Party has accepted a total of £6.65 million in donations from Putin-linked donors since 2005, including £1.94 million from Lubov Chernukhin, the partner of Putin’s former deputy finance minister.”

The Conservative Party and Quintessentially were contacted for comment.

Quintessentially told the Financial Times: “The group continues to actively monitor its member base and corporate clients to ensure that it is not servicing any individual or corporate body that is on the sanctions lists that have been issued by the UK, EU and US governments.

“Moreover, it can confirm that it definitively is not engaged with anyone on those lists.”