From the newsletter: The invasion of Ukraine has shown that nothing can't be turned into content. 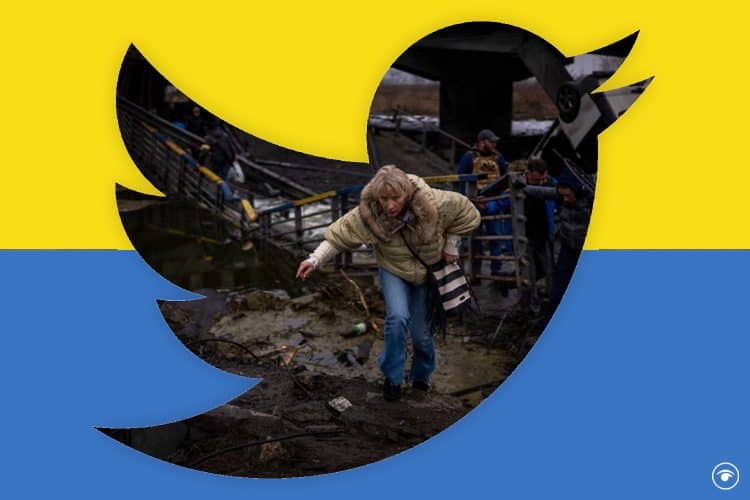 Good morning. Someone – regrettably, I can’t remember who – asked this week whether we, the ordinary, online global citizenry, know more about the war in Ukraine than, say, Robert McNamara knew about Vietnam. It’s an interesting thought: that thanks to social media we, mere observers of conflict, might be privy to as much information about what is actually happening on the ground as a politician charged with executing that conflict.

On the surface at least, there’s something to it. The democratisation of information has granted us unprecedented access. Civilians with smartphones share footage of shelled-out buildings and Russian tanks stuck in the mud; open-source investigators tell us where soldiers are, what they’re doing and how they’re doing it; Ukraine’s besieged president is live-tweeting the invasion. Coverage of this war is so comprehensive and all-consuming that a half-hour scroll can make experts of us all.

Many pundits have branded this the “first TikTok war”. One podcast branded it “The Most Online War of All Time Until the Next One”. That is a little short-sighted. It overlooks, for example, the vital role of Facebook and Twitter in organising and then documenting the Arab Spring uprisings and the early days of the Syrian civil war. Nonetheless, that oversight (which we won’t get into today) notwithstanding, it is undoubtedly true that many of us in the Anglosphere are experiencing this war as content.

We’ve all seen the videos. The woman who handed troops seeds “so sunflowers grow when you die here”; the driver asking out-of-fuel soldiers if they want towing; old men berating gun-toting Russians; civilians standing in the way of tanks; a Ukrainian man delicately moving a mine off a road, cigarette dangling from the corner of his mouth. They’re heartening. They’re one in our column – a win for the plucky underdogs against the good guys. They’re also a wholly inaccurate representation of what is happening in eastern Europe.

Social media is doing what it does: flattening complex situations into something easily-digestible, with clearly identifiable goodies and baddies. We’re witnessing the meme-ification of a disastrous and devastating chapter of history. What is happening in Europe is terrifying, so perhaps it was inevitable that online observers would mock up Volodymyr Zelensky – an extremely pop culture president – as Captain America. The world may be on fire, but don’t worry: the Avengers will save us, like they do in the films.

In times of desperation, it’s natural to seek out crumbs of comfort, those isolated viral moments which we inevitably extrapolate and over-interpret. But to some extent, aren’t we seeing what we want to see? Algorithms push us towards acts of heroism. The very natural instinct to reach for a digital safety blanket sees us scroll past the bad news and linger on the good. That’s fine – tales of bravery and valour have sustained war-torn populations since time immemorial. This isn’t to say there is a correct way to process war – there isn’t.

It is, I suppose, a complaint: that people are taking what they see online and using it to start profoundly dangerous discourse. I’m thinking of the likes of Piers Morgan, who now seems to spend his time calling for nuclear war with Russia. When the actual visceral experience of conflict is neatly packaged into content, it’s easy enough to view war as some kind of video game, in which the goodies simply have to eliminate the baddies whatever it takes. Yet that isn’t how it works in real life. We may well be seeing more of war than those who came before us. But that does not mean that we know more of it.